SIF closure – what happens next?

On 30 September the Solicitors Indemnity Fund (SIF) will no longer provide expired run-off cover to firms that ceased without a successor since 1 September 2000. This means solicitors needing post-six-year run-off cover will be expected to find it on the open market. 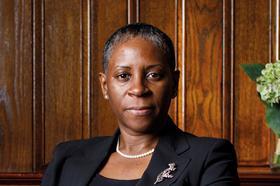 The SIF was established in 1987 to provide compulsory professional indemnity cover to all solicitor firms in private practice. At the same time, the Solicitors Indemnity Fund Limited (SIFL) was established for the sole purpose of managing and administering the fund. SIF and SIFL were established under section 37 of the Solicitors Act 1974. Their operation is governed by the SRA Indemnity Rules 2012.

The decisions to wind down and discontinue the SIF, and whether to use the fund surplus for any alternative form of continued indemnification, are regulatory matters and solely for the SRA. Solicitors’ indemnity insurance is principally a matter of consumer protection, part of the strong regulatory offer to clients so they can be sure that, on the rare occasions things do go wrong, their solicitor will be fully covered.

The decision not to extend the SIF further has understandably led to concerns among solicitors and consumers about a gap in consumer protection, particularly in respect of claims against solicitors whose firms ceased to trade without a successor practice. Beyond September, such claims will no longer be eligible for indemnity protection from the fund, leaving many solicitors potentially personally liable and consumers without recourse.

The Law Society has spent nearly three years working with both specialist indemnity insurance brokers and underwriters to find a market replacement for SIF run-off cover. In 2020, the Society persuaded the SRA to extend the SIF until September 2021 to give the market additional time to work out whether and, if so, how, it might develop alternative insurance products. However, there is no realistic market solution that would offer the same level of consumer protection and reassurance to the profession as the existing SIF run-off cover. To ensure that protection continues where no viable alternative form of insurance cover is available on the open market, the Society is calling on the SRA to extend the SIF beyond September.

In understanding this issue it is worth looking at the history of the SIF. The fund originated in the mid-1970s – solicitors had previously made their own arrangements for indemnifying the public and themselves against any civil claims for negligence or dishonesty. In 1974, the Solicitors Act gave the Society a statutory power to make rules for solicitors’ indemnification arrangements. This included the ability to establish and maintain an indemnity fund.

A master policy scheme was set up in 1975 and made compulsory in 1976, with the Society purchasing insurance on behalf of solicitors.

By the 1980s, the insurance market changed and, in response, the Society looked at the possibility of alternative provisions. This led to the establishment of the SIF in 1987.

Among its features, the SIF included ‘run-off’ cover for claims arising from the activities of solicitors and firms who ceased to trade without any requirement to continue to pay contributions. By 2000, amid growing concern over a deficit in the fund, a referendum of Law Society members took place and they overwhelmingly backed abolition of the fund.

From September 2000, solicitors were required to take out and maintain PII, with authorised insurers including ‘run-off’ cover for an additional six years following cessation of practice. Since then, the fund has continued to handle claims made before September 2000 and ‘run-off claims’ made after September 2000 in respect of solicitors who had retired before that date.

By 2004 the SIF was in surplus and the Society decided to use part of that surplus to purchase extended cover beyond the compulsory six-year run-off period for solicitors who remained in practice after September 2000. ‘Post-six-year run-off cover’ commenced in September 2007 and would run until September 2017.

Following the introduction of the Legal Services Act 2007, the new SRA became responsible for solicitors’ indemnification arrangements. This includes responsibility for making rules relating to the SIF.

Under the SRA’s Indemnity Rules, SIF may be maintained for so long as it is necessary and appropriate for the purposes of providing indemnity. This is a determination to be made independently by the SRA as regulator.

Following representations from the Society, in 2013 the SRA extended the SIF cover from 2017 to 2020. The cost of this additional cover was met out of the fund. The SRA declined a suggestion from the Society to agree a further extension until 2023. In 2016, the SRA again determined not to extend post-six-year run-off cover through the SIF beyond 2020.

In 2020, the Society successfully argued for a further extension of SIF run-off cover, but the SRA granted only a one-year extension to September 2021. The Society has recently repeated to the SRA its concerns about the absence of alternative options for similar cover in the open market, and the detrimental impact of a termination of the SIF indemnity cover on both consumers and affected solicitors. The Society has also raised its concerns with the Legal Services Consumer Panel.

The SRA has confirmed that there has been no change to its decision to limit the SIF cover to September this year.

In relation to funds held in the SIF upon its termination, the SRA’s Indemnity Rules provide that the funds must be applied for the purpose of providing alternative indemnity to the extent that it is considered reasonably practicable, and otherwise for the overall benefit of the profession. To date, the SRA has made no decision about whether the funds will be used to provide alternative indemnification, adding to concerns about continued consumer protection.

The Society is continuing its efforts to seek an extension of the SIF and to seek certainty from the SRA about its future plans.

I. Stephanie Boyce is president of the Law Society