Solicitors should not be penalised because of financial crime

The issue of economic crime recently made the front pages of the UK’s newspapers, when an investigation carried out by investigative journalists shone a light on the role of certain global banks in money laundering. 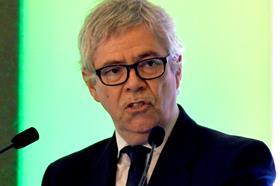 This has helped re-emphasise the important fight that government and society has against economic crime generally, and money laundering particularly as the government looks to develop its response to how it deals with economic crime.

In July last year, the UK government unveiled its Economic Crime Plan (ECP) 2019 to 2022, which set out the action being taken by the public and private sectors to ensure the UK has a world leading response to this challenge.

The ECP sets the agenda for economic crime reform in the short-to-medium term and is billed as a 'step-change' response, utilising the experience, capabilities and resources of the public and private sectors.

To help fund a number of the initiatives in the ECP, the government announced an economic crime levy on the anti-money laundering (AML) regulated sectors. The government hopes to introduce the levy by 2022/2023 and is looking to raise £100 million a year to help tackle money laundering.

A consultation was launched in July and sought views on how it could operate in practice, its design principles and to ensure it is effective and proportionate.

Whist the legal profession has an important role to play in the AML regime and we support the government focus on ensuring the UK has a world leading AML regime, we strongly oppose the levy.

Tackling money laundering benefits society as a whole, but rather than placing an additional tax on those already funding the fight against AML, additional funding should come from the public purse and other sources such as the assets recovered from criminals and AML fines on the regulated sector.

In the event that the government decides to move forward with its plans, we have argued strongly against calculating the levy on the basis of revenue because that has no bearing on the risks a firm’s work poses. Instead, we have argued strongly for a model based on the number of Suspicious Activity Reports (SARs) a firm submitted the previous year which would be simpler, cheaper to operate and fairer than a revenue-based levy.

We have also argued strongly for an exemption for small firms with revenue of less than £10.2 million a year which would see thousands of small firms being exempt from paying the levy. High streets firms are already facing unprecedented the challenges due to Covid-19 and having to pay another levy on top would be completely inappropriate.

The consultation has now closed, and we expect the government to announce the outcomes early next year. In the meantime, we continue to ensure the legal professions views on the issue are well presented with government officials, ministers and wider stakeholders.

David Greene is president of the Law Society

Join for an understanding of best practice in Anti-Money Laundering such as making a quality SAR and DAMLs and tips on performing a thorough risk assessment.