Fears are growing that law firms and other financial intermediaries will be caught by a crime-fighting levy expected to be announced in Wednesday's budget. The Law Society has called for any levy to be 'proportionate and evidence-based'.

The chancellor of the exchequer, Rishi Sunak, indicated over the weekend that the budget will include plans for an economic crime levy to generate cash for investments in new technology and to hire more financial investigators. 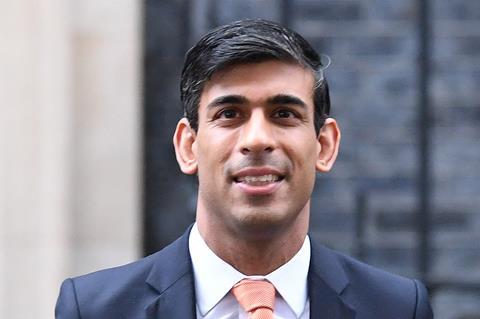 Chancellor of the Exchequer Rishi Sunak

'Criminals will have nowhere left to hide their illicit earnings,' Sunak said in a statement. 'We’re going to put more financial investigators and better technology on the frontline to fight against money laundering.'

The levy is likely to come into force in 2022/23. The Treasury will consult in the spring about who will be required to contribute. One option will be to apply the levy to firms required to register with the Financial Conduct Authority under the existing anti-money laundering regime. New regulations implementing the Fifth Anti-Money Laundering Directive came into force in January.

Law Society president Simon Davis said: 'Solicitors play an important role in the battle against money laundering and the Law Society – as the named supervisory body – shares the government’s objectives in having a robust regime in place. Our sector already devotes substantial resources to fighting financial crime. We are aware the government has plans to bring forward a levy and while it is difficult for us to comment without knowing all the details, I would simply urge ministers to ensure that any plans are proportionate and evidence based.'