SRA fining power increase should not be conflated with sanctions regime

The Law Society condemns Russia’s illegal war on Ukraine. We have been clear that Russia’s actions are a grievous breach of international law and a direct threat to the rule of law. 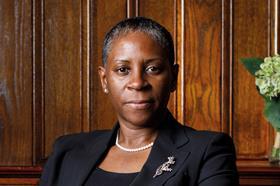 We recognise the key role regulators and the legal profession play in ensuring that designated individuals and entities comply with the sanction’s regime, and we have taken and continue to take proactive steps to ensure the regime is implemented effectively.

However, we do not believe it is productive to conflate the issue of dealing with breaches of sanctions in the wake of the war in Ukraine with the ongoing day-to-day regulation of the profession.

Following the invasion of Ukraine, we’ve ensured our members are aware of their obligations and remain compliant with the sanction’s regime.

Breaching sanctions could constitute a serious matter of professional conduct and should therefore be dealt with by the Solicitors Disciplinary Tribunal (SDT).

The SDT – with its clearly defined processes and transparency – inspires confidence in the public and the profession in its decision-making processes and unlimited fining powers, as well as the power to strike-off a solicitor.

The Solicitors Regulation Authority (SRA) is seeking an increase to its fining powers in relation to firms and individuals from £2,000 to £25,000, representing an increase of 1,150%.

The Law Society has made clear that it considers this increase to be too high.

Giving the SRA powers to impose £25,000 fines could be counterproductive in that it could deny the SDT – with its much greater powers – the ability to impose fines and other measures in breaches of sanctions.

In our consultation response, we argued that a more moderate increase of between £5,000 to £7,000 was a more appropriate level, allowing the SRA to make decisions in a greater number of more straightforward cases that would likely speed up the process in such matters.

We remain concerned about the lack of independence within the SRA between decision makers and prosecutors, as well as the lack of transparency around SRA decisions. We do not think that the right of appeal to the SDT is an adequate safeguard.

Many firms and individuals would find the prospect of challenging their own regulator discouraging.

There’s also the issue of costs. A solicitor facing an SRA investigation must be aware of the high likelihood that they may bear the regulator’s costs, as well as their own.

The fines for solicitors and the SRA costs in proceedings risk being disproportionate to the incomes of most individuals in the profession, which is £43,000 per annum as an average in the North of England and £46,000 in the Midlands and Wales.

Individual solicitors and small law firms could face financial ruin because of these proposals, in marked contrast to bigger institutions, such as larger alternative business structures with which the Office for Professional Body Anti-Money Laundering Supervision (OPBAS) attempted to draw comparisons.

It appears the impact on individuals and smaller firms is not well understood by the regulators, inevitably therefore the government should listen to the concerns of our members and work with the Law Society to develop a system which reflects the reality of most law firms being smaller businesses.

The larger law firms have different resources and risks but they to are entitled to a fair system supported by independent adjudication when the issues are potentially reputation tainting.

Despite our representations firmly opposing the proposed increase, the Ministry of Justice has indicated that it is inclined to support the increased fining powers to £25,000, based on a desire to strengthen the regulators’ ability to enforce the sanctions regime in light of the Russian Federation’s invasion of Ukraine and breaches of the sanctions regime.

We believe that raising the SRA’s fining powers to £25,000 would make serious inroads into the role of the SDT and would risk the development of two separate approaches to policy on the imposition of penalties.

The SRA would in effect be assuming a jurisdiction parallel to that of the SDT, without the safeguards, independence and objectivity guaranteed by an independent tribunal.

The SDT remains the most appropriate jurisdiction for these matters. The SRA will not carry the confidence of the profession or the public whilst acting as investigator, prosecutor and judge and the proposal risks increasing the number of appeals to ensure access to justice.

The public interest demands transparency and credibility, we stand ready to work with government to help achieve this.

I. Stephanie Boyce is president of the Law Society of England and Wales