Last month the president of the Family Division, Sir Andrew McFarlane, addressed a family lawyers’ conference in Jersey on supporting families in conflict. In his speech he emphasised that, now halfway through his term as a head of family justice, he had two main areas of focus for his remaining time at the helm - first, transparency, which has generated national press interest over the last few weeks, and second, 'private law' disputes between parents about the care arrangements for their children. 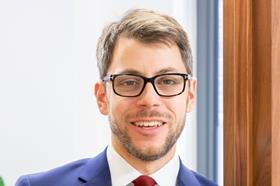 The president began by endorsing the work of the Family Solutions Group (FSG), a group of lawyers and family justice professionals who have produced a report that provides recommendations for promoting children’s rights and the long-term benefits of co-operative parenting. Echoing the words of the report, the president stressed that parental care for a child should not be regarded as '50:50' or '60:40' but in fact '100:100'. The aim should be that separating parents both play a completely full role in the lives of their children. They should also, Sir Andrew said, be guided 'towards welfare and away from justice'.

Whilst making clear that there will be no changes to the law itself, the work of the FSG represents the biggest shift in thinking since the Children and Families Act 2014 and arguably since the Children Act 1989 introduced our welfare-based system. Sir Andrew emphasised the need, as reflected in the report, for a new language around the impact of separating parents and a growing understanding of how children will be affected by the use of inappropriate language that undermines the relationship between their parents.

The report also makes proposals about access to information and direct services for children, and mechanisms for the child’s voice to be heard at the point when decisions are being made about them. Perhaps most radically, the report – described as 'spot on' by Sir Andrew – recommends a multidisciplinary response involving therapists, parenting specialists, mediators and legal services. He elaborated on the thinking behind these hubs, which are being piloted in North Wales and Dorset, and offer integrated supported and information for separating parents and their children. The idea is that the hubs would report to CAFCASS and identify the appropriate “pathway” for each family. Cases with safeguarding issues would go to a 'safety pathway' but in the alternative there would be a 'co-operative parenting pathway'. This expansion of the oft-used phrased 'co-parenting' is deliberate on the president’s part.

Alongside the multidisciplinary hubs, Sir Andrew endorsed the idea of a public education programme to reach separated parents earlier in the process, although there was not a great deal of information about how this would operate or how it would be funded.

Generally in the profession the idea of multidisciplinary working is to be applauded, and indeed organisations such as Resolution have long promoted the need for a more joined-up approach. The big question, however, is whether CAFCASS has the necessary resources to make the president’s new strategy work in practice. Given that CAFCASS already has a significant case load, making that organisation responsible for identifying bespoke pathways is suggestive of a utopia where money and resource is no object.

Sir Andrew’s vision for the future of family justice would represent a long overdue change for the family law sector, which has been neglected and resource-constrained for far too long. The government’s recent budget announcement of £500m in funding for families is a boon for practitioners in this area and notably includes £82m for the establishment of the hubs and £50m for a parenting programme. But time will tell whether this is the new dawn that family law needs or merely a 'smokescreen' for previous 'failure to deliver', as the shadow education secretary suggested. The big question is whether, in the wake of Covid and Brexit, there is the necessary political will to make Sir Andrew’s vision a reality and deliver the radical overhaul of the system to support families going through separation.