There may be trouble ahead

Will no one rid Boris Johnson of these turbulent secular priests? 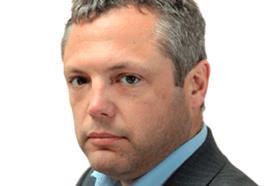 I have noted a degree of complacency among bien-pensant lawyers over a very obvious threat to the independence of the judiciary. Now, though, there are signs that the liberal establishment is finally rousing itself.

Well it might. Self-styled ‘moderates’, the Gaukes and the Grieves, have been swept away. Is it realistic to expect Johnson’s administration suddenly to embrace pluralism and consensus on the back of December’s emphatic election victory? Far more likely is a concerted effort to expunge or otherwise neuter any remaining perceived impediments to executive fiat. Senior judges sit firmly in that category.

‘We do not want to turn into the Supreme Court of the United States,’ outgoing president Lady Hale plaintively warned in her valedictory address. She knows the possibility is real.

What else this year? Brexit, of course, the potential repercussions of which I need hardly reiterate here. Except to suggest it is worth keeping an eye on a potential shift in the geographical spread of European partner promotions (and senior executive appointments) at the international legal giants.

On the legislative front, the Civil Liability Act will bite in 2020. A litigant-in-person-friendly portal is scheduled to go live in April, but do not be surprised if it is delayed.

Your regulator is set for a year of consolidation after last November’s ‘big-ticket’ shakeup of practising rules. AML compliance is firmly in the SRA’s sights, with new regulations implementing the EU’s Fifth Money Laundering Directive taking effect last Friday. Law firms have been placed on notice to have risk assessments called in as part of a rolling programme of checks.

Criminal legal aid lawyers, meanwhile, continue to look for white smoke emanating from the MoJ in its review of fees.

Finally, an office wag suggests that in 2020 we will see the first lawtech IPO create paper billionaires of whizzkids who have yet to actually sell anything to anybody. A happy new(ish) year to everyone. Even the cynics.