Over the last week, former first Parliamentary Counsel Sir Stephen Laws and SOAS’ Gunnar Beck have harshly criticised the Inner House of the Court of Session and the European Court of Justice’s Advocate General for entertaining a claim seeking a definitive ruling on the revocability of an Article 50 notice. Like the channel tunnel’s engineers, they start at different places and meet at a mid point. Sir Stephen says the UK’s courts have no business in assisting MPs in finding out what parliament can lawfully do because this would pre-empt parliamentary debate. Dr Beck says the EU’s Court is no more than the ‘legal machine for pursuit of EU integration’ and addressing the ‘hypothetical’ question raised by Wightman is judicial activism run wild. 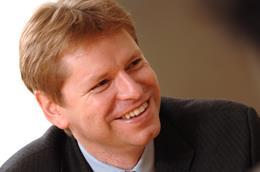 Both are wrong. Far from damaging parliamentary sovereignty or national democracy, the careful judgments from the Inner House and, today, from the CJEU reaffirm and entrench these constitution fundamentals.

Starting with the Inner House, its judgment on referring the revocability question is squarely based on the evidence from the MPs involved that they needed to know the UK’s options when voting on the draft Withdrawal Agreement. Its President, Lord Carloway, notes they sought ‘a ruling on whether there is a valid third choice; that is to revoke the notification with the consequence, on one view, that the UK would remain in the EU. If that choice were available… members of the UK parliament could decide which of three options was preferable. They could not only elect to reject the agreement because it was, in their view, a worse deal than having no agreement at all, but also because both the agreement or the absence of an agreement were worse than remaining in the EU’. That evidence was not disputed by the government. Its complaints were that it has a ‘firm policy’ not to revoke the notice, in their view, if there were any dispute, it would only become live if and when that policy changed and a revocation ‘request’ was refused. In other words, the question was important, but should only be addressed in the event the government changed its mind. However, as Lord Carloway noted, the Supreme Court had addressed this in Miller: ‘the final decision about the United Kingdom’s withdrawal from the European Union and the arrangements that will replace the existing law are matters for parliament, not the government in the exercise of the prerogative. This means that, at a practical level, it is important that members of parliament should be properly and authoritatively advised as to the existing legal position.’

The CJEU was rightly unwilling to second guess the Inner House, observing that references to resolve a question of EU law are presumed admissible and there was no reason here to ‘question the referring court’s assessment of the admissibility of the action in the main proceedings, which falls… within the jurisdiction of the national court’.

The CJEU’s ruling on the substantive issue also suggests no ‘imperialist’ pretentions of the kind Dr Beck fears. Both the EU Commission and Council had argued revocation of an Article 50 notification should be ‘checked’ by the remaining 27 states in the EU Council and rejected if any single state had reservations. That power of veto was unacceptable to the Court. The Article 50 notification was purely one of intention to leave and a step for ‘that Member State alone to take, in accordance with its constitutional requirements, and therefore depends solely on its sovereign choice.’ Likewise a unilateral revocation right allowed there to be ‘a sovereign decision by [the revoking] State to retain its status as a Member State of the European Union’. If the EU institutions had a say that would mean a state that changed its mind could be ‘forced to withdraw from the European Union against its will’ with grave consequences for citizen’s rights.

What parliament does with the newly-confirmed right of revocation is unquestionably a political choice. No-one would envy those who have to make it. But thanks to the Inner House and the CJEU, parliament will not be forced into an artificial and binary deal v no-deal debate. Instead MPs can chart a course in the nation’s best interests.

John Halford is a partner at Bindmans LLP. He and Jennifer Jack of Harper Macleod LLP are the solicitors for MPs Tom Brake and Chris Leslie, who intervened in Wightman.