ECJ - an imperial, not an impartial, court

The EU-UK withdrawal agreement formally assigns dispute settlement to an arbitration procedure with a balanced EU-UK arbitral panel. However, where a dispute submitted to arbitration raises a question of interpretation concerning a concept, principle or provision of or equivalent to a rule or provision of EU law, this procedure will require the panel to refer any such question of interpretation of EU law to the ECJ and to follow that court’s binding ruling on the substance of the dispute. The panel will therefore be in the same position as the UK Supreme Court now is regarding EU laws. The UK Supreme Court formally ’resolves the dispute’ by passing the formal judgment in the case, but is obliged (1) to refer any doubtful questions of EU law to the ECJ, and (2) is bound to follow and apply the answers given by the ECJ, whether it agrees with them or not.

The proposed procedure would not only subject the UK to a foreign court which is not impartial but the highest court of the other party to the agreement – a procedure practically unheard of in international law and at variance with the EU’s own general practice. It would also subject the UK to a court which can never be an impartial arbiter in legal disputes involving the EU’s own interests but which has regarded itself as a motor of ever closer EU integration since its inception sixty years ago and done much to extend the EU’s powers beyond the formal division of competences laid down in the EU Treaties – a tendency commonly known as judicial activism.

The ECJ’s pro-EU decision-making is rooted in its distinctive ultra-flexible approach to treaty and legislative interpretation.

The general rules of treaty interpretation are set out in Articles 31[1] and 32[2] of the Vienna Convention on the Laws of Treaties (VCLT).

The Vienna Convention is not free from uncertainty. However, Art 31 VCLT emphasises the central importance of the ordinary meaning of the treaty text, and that the words of the text must be interpreted in good faith. If this means anything at all, it must mean that purposes cannot simply be read into the text and that the text itself is the primary guide to meaning and purpose. Only if there is real uncertainty or ambiguity, should other interpretative criteria be applied.

The EU is not a signatory to the VCLT. However, almost all its member states have signed the convention. Indirectly, therefore, the EU and the ECJ too are under an obligation to follow its provisions.

At first sight the ECJ’s own position appears to echo Art. 31 VCLT. The reality, however, is very different. The ECJ, to my knowledge, has mentioned the VCLT only twice in the last 60 years. Moreover, if the ECJ regarded itself as bound by the VCLT it would not decide as it does. Why?

First, although the ECJ frequently refers to the words used in the legal instrument it interprets, this in itself establishes little. The ECJ often cites the text without proper textual analysis. Crucially, compared to many other courts, the ECJ is more likely to give priority to purposive criteria over linguistic criteria. 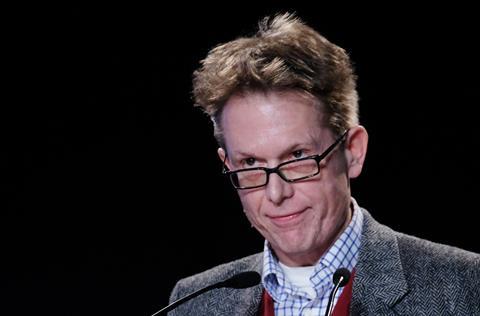 Third, amongst the purposes the ECJ relies on, it liberally relies on general ‘umbrella purposes’ which may not even be written into the treaty. For example, the ECJ has referred to the ‘spirit of the treaties’ in dozens of cases. The spirit has an established place in Hegelian philosophy - however, spiritual guidance does not promote legal certainty.

Fourth, any ECJ statement on the law may effectively become a precedent. The importance of de facto precedents in the ECJ’s argumentation is illustrated by the fact that there is now hardly any case in which the ECJ does not refer to at least one previous decision. In referring back to its own case law, the ECJ implicitly also relies on meta-teleological considerations and the body of precedents itself acquires a communautaire — or pro-union — flavour. Moreover, the appeal to precedent also lends later decisions the aura of legal objectivity, simply because in analysing a case not every relevant previous case is excavated and subjected to legal analysis.

Fifth, the ECJ’s variable or cumulative approach, combined with its meta-teleological dimension, gives its decision-making a distinctive pro-union communautaire tendency: a predisposition, in other words, to resolve legal uncertainty in favour of further integration. Reliance on precedents then solidifies and reinforces the ECJ’s communautaire leaning.

Finally, the ECJ operates in an extremely permissive political and judicial environment. ECJ judgments can be overruled only by the ECJ itself or by unanimous treaty amendment by the member states. In these circumstances general acceptance throughout the EU of the ECJ’s activist and integrationist approach to treaty interpretation means that the ECJ acquires a de facto power of amending and extending the EU’s quasi-constitution.

The ECJ’s communautaire predisposition tends to be irrelevant in most run-of-the-mill cases, which concern the application of more or less clear, detailed and technical provisions.

By contrast, the areas of substantive law where the court’s integrationism has been most evident are the internal market, free movement of persons, asylum and the euro rescue cases and those concerning the relationship of EU law to national law on the one hand and international law on the other. Of these the most relevant here is the ECJ’s pro-union case law in the field of international agreements, about which the following points should be made.

Third, in the case of Van Parys the ECJ went so far as to deny binding status to WTO dispute settlement body decisions in EU law.

Fourth, the ECJ has jealously guarded its own autonomy and judicial pre-eminence over the interpretation of every aspect of EU law both in relation to the extension of EU law to the EEA Agreement (Opinion 1/91) and in its more recent Opinion 2/13 concerning the accession of the European Union to the ECHR. More recently, It has done so even in relation to arbitration clauses governing bilateral investment treaties between member states, which the Court declared invalid in the Achmea decision.

Fifth, it is thus all the more surprising that in the area of free trade agreements between the EU and other countries the ECJ adopted a more relaxed approach to safeguarding its own jurisdiction. In Opinion 2/15 concerning the Free Trade Agreement (FTA) between the EU and Singapore, the court declared binding dispute settlement by a bilateral arbitration panel procedure compatible with EU law.

To conclude, the EU’s insistence that a free trade agreement requires final dispute resolution by the ECJ is spurious and at variance with the ECJ’s case law regarding the legality of, for example, the EU-Singapore or EU-Canada trade agreements.

The government has nevertheless accepted ECJ supervision in the proposed withdrawal agreement. Apart from the fact that it is degrading for a sovereign nation to submit itself in bilateral treaties to the jurisdiction of the domestic court of the other side, it is hardly realistic to assume the ECJ will ever be an impartial arbiter in disputes between the EU and other parties including former members. If any further proof were required, Tuesday’s ECJ’s advocate general’s Opinion in Wightman and Others v Secretary of State for Exiting the European Union that Article 50 can be revoked unilaterally, in which the senior legal adviser conveniently ignored the court’s established case law that it does not consider hypothetical questions not arising from a genuine underlying legal dispute, provides a powerful reminder that this court will never be anything other than the legal machine for pursuit of EU integration.