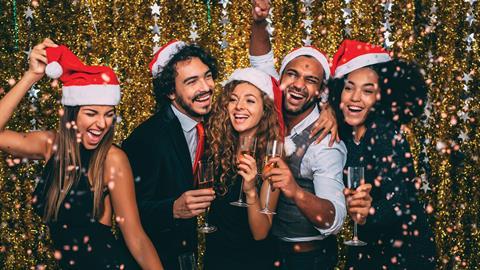 After the end of the festive season, thoughts turn to the excesses of December – booze-filled drinks receptions, work Christmas parties and dancing into the early hours of the morning. It will all be wiped clean at the start of the new year, we often tell ourselves. But the consequences of excessive alcohol consumption in the workplace are sometimes not capable of being wiped clean.

A study by Cornell University found that as alcohol consumption in and around the workplace increases, so does the risk of harassment of women by male co-workers. Recent cases of sexual misconduct following ‘marathon drinking sessions’ in the City have also drawn headlines and resulted in intervention from the profession’s regulator, with career-changing consequences for those involved.

The NHS carried out a survey in 2018  which found that 79% of those earning over £40,000 drank alcohol in the week before completing the survey. It is therefore no surprise that those working in professional services, including solicitors, are likely to be some of the biggest consumers of alcohol.

The message from firms should be clear: moderate or no drinking is completely acceptable; alcohol consumption is not a necessary attribute to being a lawyer; and those who choose not to drink are able to progress and succeed in a career in the law

Last year also saw the release of the International Bar Association’s Bullying and Sexual Harassment in the Legal Profession survey. This found that one in three female respondents and one in 14 male respondents had been sexually harassed in a work context. The survey also reported that sexual harassment disproportionately affected younger members of the profession and often occurred at work-related social events, with such occurrences being considerably higher among respondents at medium-sized and large law firms.

While there is no direct evidence that workplace sexual harassment is linked to alcohol consumption, anecdotal conversations with junior lawyers and media reports suggest ‘drunken’ social events often result in untoward behaviour, as people’s inhibitions and judgement are impeded. While it would be naive to say that tackling drinking cultures alone will tackle sexual harassment in the workplace, it would certainly be a positive start.

Pressure to be ‘one of us’

It is important that law firms instil a culture where no one feels obliged or forced to do anything they do not feel comfortable doing, and that includes drinking. Junior lawyers enter the legal profession expecting to have to drink into the early hours and partake in alcohol consumption in order to be ‘one of us’. Social events are more often than not centred around alcohol consumption with very few options for those who do not drink. This is a culture that we as a profession need to change.

It is not about stopping people drinking altogether; I for one remain partial to a gin and tonic. However, the key to a healthy drinking culture is to be inclusive and to ensure that moderate or no drinking is not judged as a sign of ‘weakness’ or ‘lack of fun’. A recent Twitter poll run by the Junior Lawyers Division asked respondents if they ever drank alcohol at a work event when they otherwise would not have done because they felt pressured to do so – 39% of respondents said yes, which provides some anecdotal evidence of a problem in the workplace.

However, the last decade has also seen a fall in alcohol consumption across the wider population, with statistics showing that 58% of survey respondents reported drinking alcohol in the previous week in 2017, down from 65% in 2007. This is not an insignificant reduction. Those who drank more than 8/6 units on their heaviest day also fell from 20% to 15%. These statistics suggest a change in the country’s drinking habits, which in turn suggests the new wave of junior lawyers may not want to continue with the excesses of their predecessors.

In order to drive change, law firms must embrace the views of the new generation rather than mould this generation to existing practices. The message from firms should be clear: moderate or no drinking is completely acceptable; alcohol consumption is not a necessary attribute to being a lawyer, nor is it necessary for career progression; and those who choose not to drink are able to progress and succeed in a career in the law.

The JLD has this month launched its Healthy Drinking Culture Guidance, providing employers with hints and tips on how to create a healthy drinking culture in the workplace. Employers should embrace it and drive changes from within. As they say, every drop makes an ocean.

Manda Banerji, a construction solicitor at Freeths, is vice-chair of the Junior Lawyers Division