Trump, Brexit and the rule of law

Lawyers must stand up to the new revolutionaries and stress that procedures take priority over outcomes.

The similarities between the vote for Brexit and the vote for Donald Trump have been often drawn, including by Trump and Brexit leaders themselves. They are proud of their revolutions. I want to discuss here the consequences for the rule of law arising out of their common attitude towards it.

Take this. Donald Trump said repeatedly in advance of the result that the election was rigged, until he won it, when overnight he changed his mind: ‘Just had a very open and successful presidential election.’ His views on the FBI similarly switched overnight from their being part of the rigged system when they cleared Hillary Clinton, to being courageous when they opened their new investigation on her, to being rigged again when they once more cleared her.

The procedures involved in the election or the FBI investigation are not important, just the outcome.

And so it has been with Brexit. I don’t want to revisit the fuss about the judges being called enemies of the people when they decided that triggering article 50 needed parliamentary approval. That is old news now – but not quite. If the Supreme Court agrees with the first decision, will the denigration of the judges begin again? Importantly, have we done enough to prevent it?

But there are more such events gathering around Brexit. Nigel Farage will apparently be at the head of a march of 100,000 people to the Supreme Court – not after the decision has been delivered, but on the day the hearing starts, so as to intimidate the judges into deciding in a particular way, regardless of the law and procedure.

And the litigant behind the article 50 procedure continues to need security protection from death threats. This forms a pattern. Outcome is again the be-all-and-end-all, and procedure a nuisance to be undermined if it does not deliver the supposedly correct result.

Lawyers must stress that, in a system governed by the rule of law, procedures take priority over outcomes, and if the procedures are sound, the outcomes must be respected. The old cliché about a guilty person rightly going free because of a fault in the established processes for arrest or interrogation is an example around which all democrats can agree.

Our own leaders are intimidated by the revolutionaries into equivocation. Shame on them

Of course, if outcomes are repeatedly wrong or not acceptable, there may be something wrong with the procedures, which should then be investigated and adjusted. But nobody, in the land of either Trump or Brexit, is saying that about our legal system. Yet we are nevertheless encouraged by those behind our new revolutions to attack outcomes they don’t like by undermining the procedures. Lawyers of all kinds must say emphatically: no. 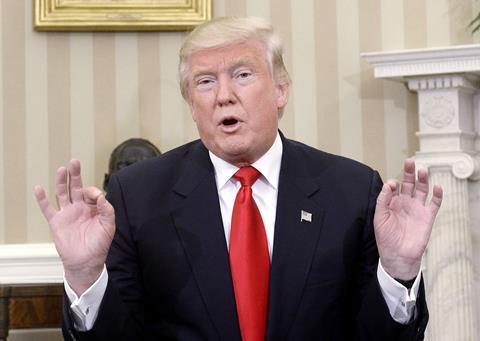 President Obama and Hillary Clinton - both lawyers - have understood this, and accepted the result of the US election, working towards a smooth transition, even though it seems that Hillary Clinton might eventually win the popular vote by two million.

If only our own leaders, from the prime minister down, had given the same clear signal by supporting the judges after the first article 50 decision. But they are intimidated by the revolutionaries into equivocation. Shame on them.

Our judicial system is admired around the world for its soundness and fairness. Foreign investors and other litigants choose to come here to settle their disputes because they trust the procedures.

As I wrote recently, even in Kazakhstan, with which we have no close historical connections, an arbitration centre is being established on the basis of English law, doubtless for the same reasons.

Therefore, the notion of marching on the Supreme Court in great numbers before it has decided a case so as to influence the outcome through intimidation, or of insulting it if it supports the original court decision - or the other notion of continuing to harass a litigant who has merely asked the courts to rule whether parliament should be involved in one of the most momentous decisions in our lifetime - undermine the rule of law.

If allowed to pass once, they will be easier to pass again. Unfortunately, the government’s inaction the first time around has made further denigration easier.

It doesn’t matter whether you voted Leave or Remain. The rule of law is more important than either. We must not allow it to be degraded. I voted Remain, but I vote for the rule of law before that. I would rather live in a UK outside the EU that is governed by the rule of law, than a UK inside the EU which is not.

As a result, it is incumbent on us all, and maybe particularly on those who voted Leave, who might have some influence with the revolutionaries, to stand up for this important principle, and insist that procedures are to be respected.