It’s not often that the leader of any country gives a public opinion about lawyer-client confidentiality or privilege. But last week, the president of the United States Donald Trump, announced via Twitter: ‘Attorney-client privilege is dead!’ 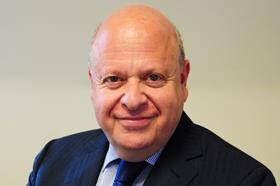 You might have thought that the American Bar Association (ABA) would follow this up with a statement from its own president, not commenting on the ins-and-outs of the Cohen search, but expressing her concerns about the state of privilege, and the inroads being made generally and globally into confidentiality. I know that the affair, which gave rise to the President’s tweet - on a topic usually considered arcane - is live and ongoing, that the politics of becoming involved are doubtless sensitive, and that no-one wants to put themselves up to be blasted by a Trump tweet. But I checked daily and there was nothing from the ABA president.

President Trump followed up with another tweet on the topic a few days later: ‘Attorney Client privilege is now a thing of the past. I have many (too many!) lawyers and they are probably wondering when their offices, and even homes, are going to be raided with everything, including their phones and computers, taken. All lawyers are deflated and concerned!’

One of his lawyers – not too deflated to work - filed a request with the relevant court the same night, asking that the Trump legal team be allowed access to the confiscated records as the only effective way to safeguard the president’s right to attorney-client privilege.

President Trump has over 50 million followers and his statements make instant headlines in almost every country. I have never known attorney-client privilege so high profile. The president is clearly a sudden and evangelical supporter of the doctrine. This is a learning opportunity. Are we going to stay silent?

Finally, on Thursday 12 April, the ABA issued a brief news release addressed to journalists, who – I assume – had been harassing it for days for a statement of its views. It referred them to an ABA website which I wrote about last year, called Legal Fact Check, which was established ‘to help the public find dependable answers to swirling and sometimes confusing legal questions’. There the legal and historical background to attorney-client privilege is factually explained.

After a more general description of the doctrine, Legal Fact Check says this about the Trump-Cohen case:

‘A search of the files of an attorney is considered among the most sensitive moves federal prosecutors can make as they pursue a criminal investigation, and U.S. Department of Justice guidelines (see 9-13.420 - Searches of Premises of Subject Attorneys) require the express approval of the U.S. attorney or pertinent assistant attorney general.

In the case of Cohen, who has been linked to payments to two women who claimed trysts with Trump before he became president, Deputy Attorney General Rod Rosenstein reportedly approved the request for a search warrant. The guidelines say that a warrant is justified when an attorney is a ’suspect, subject or target’ of an investigation or ’is believed to be in possession of contraband or the fruits or instrumentalities of a crime.’

A federal magistrate or federal judge would still need to approve the request, and would do so only after determining that the privilege has been waived by falling within one of the three exceptions.’

There is no need for bars, including the ABA, to comment on the rights and wrongs of the Cohen search. But the topic in general may never be so newsworthy again. Opportunities have previously been lost over other recent violations of confidentiality which drew global publicity – for instance, the hacking of the law firms involved in the Panama and Paradise papers cases.

We are fighting constant battles against decision-makers to stop inroads into confidentiality and privilege – whether over the recent controversies concerning tax avoidance, or court battles regarding its extent, such as the Law Society’s recent intervention in the ENRC case. We complain that political decision-makers and the general public are ignorant about its meaning, extent and purpose.

The 50 million followers of president Trump are being blasted about it. Should we not use this unbelievable opportunity to speak out and explain why the doctrine is important, how it works - including its exceptions - and how it is being threatened by a range of political developments (unconnected with the Cohen case)?