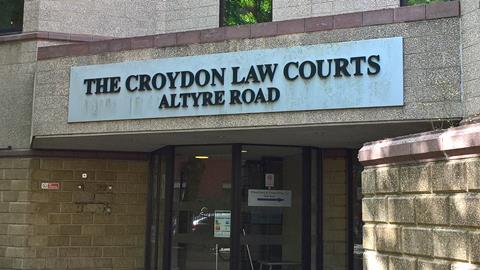 We need more MPs on the legal aid frontline

A few weeks ago the Young Legal Aid Lawyers Group and the All Party Parliamentary Group on Legal Aid made a social media push to persuade MPs to see the legal aid frontline and the difference that early legal advice can make. Liberal Democrat MP Tom Brake was among the 40 who signed up to the 'Take Your MP to Work' campaign and kindly let me tag along last Friday to see South West London Law Centres in action.

Our work experience began at Croydon County Court, where the law centre provides emergency assistance and representation through a duty solicitor scheme for housing possession cases.

On duty during our visit was housing solicitor Leena Jangra, who was holding a list of social housing cases. Several hadn't turned up, which was worrying but I'll come back to that. One tenant did - a 35-week pregnant mum, tired and feeling hot, and subject to a claim issued by her landlord. Long story short - mum had issues with universal credit. She said her rent arrears were going down and suddenly they shot up.

An alternative payment arrangement is now in place. The housing association tried to withdraw the court claim but it was too late - so it is asking for £325 court costs.

'Is that right for me, to pay court costs?' mum asks. Mum says she repeatedly rang the housing association to explain the problems she was having with her benefits. Leena tells mum she's going to ask the court not to make a costs order. The housing association should not have issued the claim in the first place.

A few minutes later, we head into a courtroom. The housing association confirms it is asking for costs. The judge asks what the defendant has to say. Leena explains that there was an issue with mum's benefits but she always kept the housing association updated. 'The claimant should have taken into consideration the pre-action protocol and advised [mum] to see someone from Citizens Advice or to seek advice to resolve the benefit issues, but that never took place. The claimant was told that the benefit issues have now been resolved, they tried to withdraw the court claim but were unable to do so, so are asking for costs from the defendant.'

Walking out of court, you could see the relief on mum's face. The smile, the worry lines gone - a moment I'll never forget.

What would have happened had she not seen Leena? Would she have been able to come up with a similar defence on her own (in between trying to look after her two kids and her unborn)? In the absence of a clear defence, would the judge have let the housing association amend its claim?

Solicitor Jeinsen Lam, housing team leader at the law centre, tells me the benefits of early advice can be significant. The tenant might be overcharged water rates which might be repaid to significantly reduce the rent arrears. There might be technical defences that might lead to the case being thrown out. There might be repair problems leading to a claim for an order for repairs and/or compensation which can reduce the arrears.

Getting time-pressed MPs to care about justice is often a struggle given, as I've heard on a number of occasions, it's not a vote-winner. But just imagine the wider impact on that mum and her family if she had been ordered to pay £325 costs.