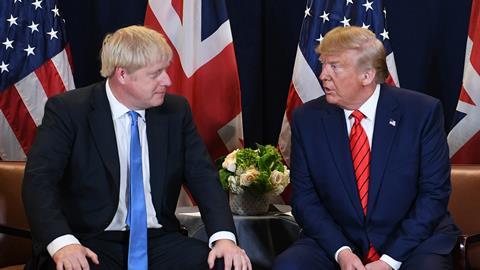 When judges dance to a PM’s tune

The prime minister should choose Supreme Court judges, just like the president does in the US. That was columnist Toby Young’s reaction to yesterday’s Supreme Court judgment, which voided parliament’s prorogation.

In fact, we don’t need to look to the US to decide whether having judges who are a bit more ‘on side’ is a good or bad idea.

We have in living memory judges who proved more pliant to the immediate interests of executive and state authority. Recalling their conduct, the results of which are on a spectrum that runs from individual injustices to catastrophic mess, might actually be the best defence we can run for an independent judiciary of the type on show at the Supreme Court.

Presiding over the trial of Stephen Ward, the osteopath at the centre of the Profumo scandal, Mr Justice Marshall allowed and directed shocking departures from process and law, aided by the chief justice, and misdirected the jury, all in order to (in the words of Home Secretary Henry Brooke) ‘get Ward’.

The court transcript was withheld (it remains unavailable), and Ward committed suicide before the guilty verdict. Lord Denning then tied the affair up neatly with a judicial enquiry which concluded security had never been at risk.

Fast forward to 1972, and we have lord chief justice Lord Widgery’s tribunal inquiry into Bloody Sunday. The Tribunal sat for just three weeks to consider the shooting of 27 civilians by the Army during a demonstration (13 of them fatally).

Widgery, who didn’t bother with many key witnesses, produced a report containing significant inconsistencies and which blamed the dead protesters for going on an illegal march. He said there was ‘no reason to suppose’ soldiers would fire unless they had been fired on.

Widgery’s approach spared army and state, but fueled the troubles. It took another judge, Lord Saville, 12 years and 5,000 pages to comprehensively demolish Widgery’s whitewash, reporting his conclusions in 2010.

So we don’t need to look to the US Supreme Court, as some suggest, to see what a partial judiciary in the service of state and government looks like.

We have at times been there and done that, in the process acquiring our very own grubby and uncomfortable episodes.