Why do people fear lawyers?

From the Theranos trial to the Prince Andrew lawsuit, lawyers play a highly visible role in society. But why are they so feared? Daniel Sokol reflects on his own experience

Recently, I represented a university student who accused her PhD supervisor of sexual harassment. The university invited my client to a meeting to discuss the allegation but cancelled it at the eleventh hour. We later discovered the reason for the cancellation. A senior academic had written to the administrator in charge of the case: 'The only chance of resolving this problem is to deny the student the chance to bring Daniel, her barrister. If you let her bring Daniel we will all end up in court. Calling him “Daniel” makes him sound innocuous but he is completely the opposite.' 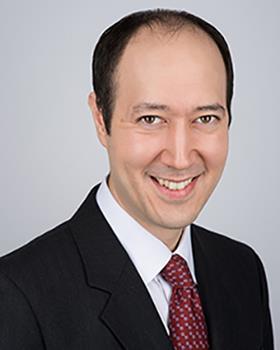 This fear of lawyers is common. Lawyers are seen as slippery, manipulative, and dangerous, wielding clever words and arguments to bamboozle, pressure and influence. Their ethics are loose, changing according to the needs of the case. This ghastly reputation is fuelled by the portrayal of lawyers in popular culture, in particular films and TV series like Suits, which feature genial but arrogant lawyers with dubious morals.

There are morsels of truth in the caricatures. A lawyer must display a degree of confidence, whether to the court, client, or opponent. A timid lawyer is rarely a persuasive one. When in conference with clients, lawyers must convey a sense of authority and control. Without this, they may lose the trust and confidence of the client. In a field where reputation is all-important, no lawyer wants to be known as an indecisive push-over. The law firm Quinn Emanuel once took out a full-page advert in the Financial Times which read 'What would you like people to have in mind when they face you in litigation? May we suggest dread. Quinn Emanuel is the law firm big businesses fear most.'

Contrary to popular opinion, knowledge of the law is only a small part of the job. A good lawyer is a sound tactician, who can anticipate how others will react to an offer, a request, or even to silence. This requires a knowledge of human nature. A lawyer must also be persuasive, which calls for a mastery of language. These skills, when exaggerated, form the basis of the caricature of the arrogant, crafty lawyer whose sole purpose is to win at all costs.

As in all professions, there are bad apples. These often end up in newspaper headlines which tarnish the entire profession. Yet, I have encountered very few rotten apples myself. Lawyers have a strict code of ethics, which is taught and examined at law school, the violation of which could lead to draconian sanctions. The rude, unethical lawyer will soon acquire an unenviable reputation among peers, with no referrals in sight. I doubt lawyers are any less ethical than doctors or other professions. The majority do their best for their clients, within the confines of what is permitted by law and ethics.

Another probable reason why people dislike lawyers is the circumstances under which they encounter them. A person visits a lawyer when something is wrong, be it a divorce, a neighbour dispute, a partnership conflict, or an injury sustained through the fault of another. On top of the inherent stress of the situation, consulting a lawyer is expensive. It is like riding in a cab, shivering and wet from the cold rain outside, heading to an unknown destination with the meter running at an eye-watering rate. Senior lawyers can charge upward of £1,000 an hour. It is a journey that is neither pleasant nor cheap.

One of the biggest challenges of practising law, at least for me, is telling clients an unwelcome truth. Their case may be weak or at least not as strong as they believe it to be. 'What do you mean, we may lose this? What happened to me was a disgrace!' Their case, even if promising, may take years to resolve. It may cost them hundreds of thousands of pounds. It will almost certainly be frustrating and stressful. Often, in searching for answers, lawyers have to ask uncomfortable questions which may reveal scars that have hitherto remained unseen. A consultation with a lawyer may expose a person’s flaws and vulnerabilities, even their lies. This duty to ask difficult questions, and to advise a client objectively and without undue emotional involvement, can come across as callous but it is ultimately in the client’s interests. Anyone in thrall of popularity should not consider a career in the law.

Daniel Sokol is a clinical negligence barrister and medical ethicist