​Will the LSB close the stable door before the SQE horse bolts?

The phenomenon of ‘the urgent crowding out the important’ will be familiar to most readers. This is problematic at the best of times, but particularly so at present while we all adjust to the (hopefully temporary) ‘new normal’. Amid the current uncertainty, there is one important development which must urgently not be lost sight of - the SRA’s forthcoming change to how individuals qualify as a solicitor in England and Wales, also known as the Solicitor’s Qualifying Examination or ‘SQE’. 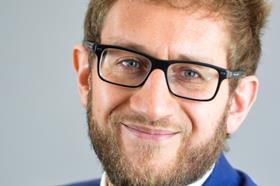 SQE essentially replaces the typical qualification route of ‘degree/GDL + LPC + training contract’ with a standardised two-part exam and a period of qualifying work experience. On the face of it, this looks fairly similar to the previous system.

However, the detail of SQE makes for more troubling reading. Academic study of law will no longer be required, with legal knowledge primarily assessed through multiple-choice questions rather than via conventional essay-based questions. Troublingly, ‘qualifying work experience’ will be signed off on the basis of someone having had ‘the opportunity’ to gain the necessary competencies, rather than having definitively gained them.

Unsurprisingly, the SRA has faced tough opposition to its plans. Concerns have been raised from all corners about the potential detrimental impact that such changes could have on the quality of solicitors qualifying under the new regime and the knock-on effect for the reputation of England and Wales as the jurisdiction of choice.

The zenith of this critical wave came in March 2018, when the Justice Select Committee wrote to the Legal Services Board (LSB) - who are ultimately responsible for signing off the SRA’s plans -citing such concerns and urging a delay in the LSB’s approval process to allow further scrutiny.

Rather awkwardly, the LSB approved the first element of the SRA’s proposals just a fortnight later, explaining that they couldn’t refuse the SRA’s application outright as they can only reject an application if certain criteria (set out in their governing legislative framework) are met.

The LSB’s Decision Notice acknowledged that myriad concerns had been highlighted about SQE, but indicated that strict application of the refusal criteria meant that key qualms had not been addressed. In particular, it said that the quality concerns about the proposed SQE assessment were assessed as primarily out of scope of the current application.

Turning to the rationale for SQE, the Decision Notice noted that ‘a theme…was that the SRA has not proven the case for the changes it is proposing… the LSB did not find grounds to refuse this application due to insufficient evidence.’ This is not an otiose point; many of the benefits that the SRA claims SQE will connote could be achieved via the evolution of standardised examinations within the current qualification pathway, without incurring the risks associated with SQE’s (unnecessarily) revolutionary approach, and it is regrettable that the SRA’s rationale was not suitably tested.

Tellingly, the LSB wrote to the Justice Select Committee to emphasise that their decision to partially approve the introduction of SQE did not mean that they agreed with it. The LSB also made it abundantly clear that the SRA would have to submit a further application to them before SQE can be rolled out. Although this will plausibly change as a result of the current Coronavirus disruption, the timeframe that the SRA had otherwise been working towards for its second and final application was July/August 2020.

Although the seemingly unfettered passage of the SRA’s initial application to the LSB had begged the question of whether the latter’s legislative ‘refusal criteria’ are fit for purpose (or were being appropriately applied), there has been a promising development in the interim. In an otherwise predictably prosaic recent consultation on its 2020/21 business plan, the LSB announced that - following receipt of some poor-quality applications from regulators - they would undertake a wholesale review of their approval processes, including ‘specific consideration of …expectations regarding evidence and assessment of impact.’

Reading between the lines of this and the LSB’s letter to the Justice Select Committee, it’s difficult not to see this as a tacit acknowledgement that the SRA could be subject to a higher level of scrutiny when they come to submit the concluding part of their SQE application for LSB approval.

The LSB’s undertaking to review its approval process is both laudable and sensible. However, timing is everything. A robust revitalised procedure will be meaningless if its introduction post-dates the LSB’s consideration of the SRA’s final application to them in respect of SQE.

If the LSB is serious about changing its processes for the better, it must impose a moratorium on applications from all regulators until it - and others - are confident that it can provide a level of scrutiny appropriate to potentially seismic shifts in the legal market. This is important now, and it will become increasingly urgent in the coming months.

Greg Smith, solicitor in the healthcare advisory team at Hempsons and member of the Junior Lawyers Division’s Executive Committee