It’s an ill wind that blows nobody any good. Covid-19 has triggered a surge in parties activating dispute resolution clauses, contributing to a boom in commercial arbitration cases globally. Singapore is seemingly among the principal beneficiaries, sharing the number one ranking for the first time, with London. 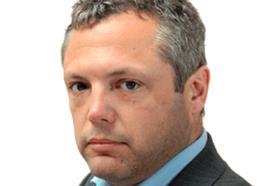 Yet there is rather more to this than a pandemic. Note too how the evolution of commercial arbitration maps the shifting sands of geopolitics. The city-state’s marketing efforts have not gone unnoticed, but the rise in cases comes as multinationals reportedly consider excluding Hong Kong from contracts amid tensions over the rule of law. Singapore is sitting pretty, as it is perceived to be neutral between the US and China.

And yet. Those sands shifted again earlier this year, with China’s egregious imposition of sanctions upon London’s Essex Court Chambers. Over time, will this give China influence over who gets assigned to arbitration work? Hong Kong, in the meantime, has retaliated with its own aggressive marketing campaign, fronted by secretary of justice Teresa Cheng. In a recent letter to the Financial Times, Cheng stressed that the number of arbitration cases handled in Hong Kong last year also rose, insisting that ‘courts in Hong Kong have a long record of neutral decision-making’.

And what of London? Singapore’s joint number one billing does not seem to be fazing practitioners here. The London Court of International Arbitration also reported bumper figures for 2020 – it received 444 referrals, including 407 arbitrations pursuant to the LCIA rules, together marking an all-time high and representing an 18% rise on 2019 alone. A rising tide lifts all boats. Or most boats anyway. Paris does not seem to have enjoyed the Brexit dividend that many predicted. At least not yet.

What is certain is that the future of commercial arbitration will be determined by political exigencies as well as less elevated considerations such as cost and convenience. Fresh into the fray is chief justice of India NV Ramana, who declared only this month that he would seek the help of his counterpart in Singapore to establish an international arbitration centre in Hyderabad.