You belong in a museum

Before moving to London I lived in Edinburgh for nearly 20 years, on and off. So I was surprised to learn last week that the lofty effigy perched atop that fluted column in St Andrew Square is not a likeness of St Andrew. I must have walked past it a thousand times. It is, in fact, Henry Dundas – the suddenly infamous Tory politician who deferred the abolition of the Atlantic slave trade. The 1st Viscount Melville is one of 10 statues in Scotland alone targeted as monuments that ‘celebrate slavery’. 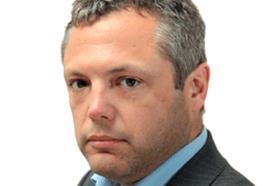 I greatly sympathise with anti-racist campaigners who consider such monuments a standing (literally) affront to modern sensibilities. Even if many – including me, in this case –  are ignorant of their back story.

Why not move Dundas into the National Museum of Scotland up the road? There, he might be displayed alongside a fittingly contemporary elucidation of his contribution to our island story. History would be explained but not erased. (As I write, it seems Dundas is to remain in situ but with a new plaque.)

Like many, nevertheless, I wonder if it is wise for the campaigners to be diverted into a culture war over the fate of embrowned masonry. Certain cynical and disingenuous politicians welcome any diversion from the real issues.

One of those issues is our threadbare criminal justice system. Both main political parties have lived down to expectations in precisely this context. As the Secret Barrister has intimated, 10 years in prison for damaging an inanimate object is an inane proposal. And a diversion in itself, of course. Like other proposed laws that duplicate laws we already have simply to curry favour with the tabloid press, let us hope the idea is quietly forgotten.

An afterword, since we’re in the realm of common sense. What good – to anyone – is a two-week prison sentence for the (admittedly lumpen and vulgar) act of urinating next to a monument? A restorative stretch of community service in one of London’s more ethnically diverse boroughs would have been a punishment tailor-made to fit the crime. The culprit might even have learned something.