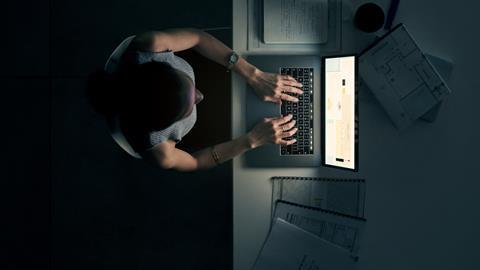 ‘You can only work a seven-day week for so long’

'They think it’s all over.' That was true in 1966 but will it be equally true for residential conveyancers who are hoping that 1 October will be the start of a new chapter in their conveyancing lives? The previous chapter began on 8 July 2020 when a cut in SDLT triggered a surge in the demand for residential property, boosted by many homeowners who decided, for a variety of reasons, that the property in which they were living was no longer suitable for their needs. 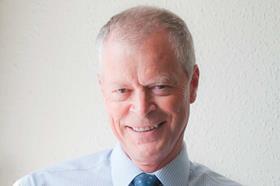 The initial lockdown resulted in many firms cutting their staff to a bare minimum. Some sought to progress transactions as far as they could, others effectively shut up shop. None were prepared for the tsunami of instructions that subsequently followed.

Although working from home was welcomed by some, many found the lack of support readily at hand a challenge. Remote working increased the risks of cybercrime and fraud. Data protection became a bigger issue and management and supervision became much harder. Turning to a colleague and seeking a second opinion is much harder if you have to email or telephone them, especially if you know they are as busy as you are.

Against this background it is of little surprise that firms renewing their professional indemnity insurance in October have found themselves having to provide their insurers with much more information than normal. A market which had already hardened has become an even bigger challenge with premiums rocketing and some firms struggling to arrange cover, especially if they had not already reported to their insurers the fact that their volume of conveyancing had significantly increased.

The combined pressures of having too much work and working in a Covid secure environment would have been challenging enough. You can only work seven days a week for so long. Getting up early to answer the latest batch of emails which arrived after you’d finally given up late the previous evening inevitably takes it toll. Only those who have been living this life for the last 15 months can really understand the nightmare that many have endured.

A sole practitioner told me recently of the 300 emails received during a single day. The head of conveyancing at another told me of 12-13 hour days Monday to Friday with another 12 hours work spread over the weekend, whilst receiving an average of 240 emails a day and 40-50 telephone calls. Failure to respond simply generates another telephone call or email to find out why you haven’t done so. Clients are naturally anxious. Meeting a SDLT deadline may be the difference between a purchase being viable or unaffordable.

An article in The Times recognised that it is the solicitor (and surveyor) who carry 'the heavy loading' in a conveyancing transaction. The conveyancer manages the transaction liaising not only with their own clients but with estate agents, the other side’s conveyancer, mortgage lenders, HMLR, search providers, HMRC, surveyors and sundry others. However, the fact that many elements of a typical transaction are outside the conveyancer’s control makes it even more difficult to progress transactions, and the large demand in moving home has caused bottlenecks in other parts of the system. For example, some local authorities struggled to cope with the volume of local searches requested, and many clients’ mortgages took significantly longer to be approved due to large numbers of mortgage applications. And if any chain is involved, you can multiply these uncertainties by the number of properties in the chain! These things, coupled with often unrealistic timescales agreed when offers are accepted, give rise to a perfect storm of unhappy clients and conveyancers feeling pressured by those elements of the transaction outside their control.

The biggest losers in all of this are consumers. Reports of clients verbally abusing conveyancers have been rife and in at least one case a conveyancer has been threatened with physical violence. Clients’ expectations are raised and then dashed. Much of this is a result of a lack of understanding of what the conveyancing process involves and the failure of (some) estate agents to provide accurate information. Consumer protection regulations require estate agents to provide prospective buyers with certain information ‘upfront’. The NAEA has its own Property Information Questionnaire. Sellers may be asked to complete it but few buyers ever see it. At the beginning of July, The Times published an article reporting that 'half the people who bought during the pandemic now regret how much they paid' and '92% had found problems that they had not noticed during the viewing.' How many of them were shown a PIQ before they first viewed a property?

There is now a determined drive to ensure that prospective buyers have access to far more information. The Law Society has been piloting a data project with InfoTrack, Perfect Portal and Reapit whereby the TA6 is divided into two parts and completed digitally. For conveyancers it will have the advantage of using a form with which they are already familiar. As a digital form solicitors will be able to check and assist with the completion of the form. Information provided in Part 1 of the form will automatically feed into Part 2 where appropriate.

At the same time there are numerous other work streams being developed such as property logbooks and the use of biometric and cryptographic data to assist with client identification and AML responsibilities.

As we return to (the new) normal surely it is time for all those involved in the process to work together for the benefit of clients. One of the best ways to do this is for estate agents and clients to have an understanding of the stages involved in the conveyancing process, so that realistic expectations are set at the outset. This would also minimise the number of queries seeking progress updates, allowing conveyancers to better spend that time on the transactions in hand. If every client was told about the length of the chain in which they were involved and in particular whether, when they agree to buy or sell, the chain is then complete they would have a more reasonable expectation of when they might move.

For our own part we as a profession should be proud of the quality of service, the hard work and diligence which is displayed by the vast majority of solicitors who try to resolve a client’s problems. The legal fees charged in the conveyancing process should reflect the work, risk and responsibility involved. If clients see 'conveyancing from £99' advertised online, it misrepresents the amount of work put into conveyancing transactions by solicitors on behalf of their clients.

As we pause for breath after the end of the SDLT holiday in England, we are also gearing ourselves up for the traditional winter surge of transactions, with clients keen to be in their new properties by the Christmas holidays. It is important that we take some time to reflect on all we have achieved for our clients during these challenging times, and that we take time to recharge. There are some useful mental health resources on the Law Society’s website here.

Peter Rodd is the Law Society Council member for Residential Property and former senior partner of Boys & Maughan, Kent, where he is now a consultant