According to the Social Mobility Commission’s 2019 poll, 77% of people feel there is a large gap between social classes in Britain today. Despite 50% of people believing that central government should be doing more to improve social mobility, socio-economic status is often left out of diversity discussions. The Trades Union Congress (TUC) has called for new legislation – or a ‘Class Act’ – to make discrimination on the basis of class unlawful. But businesses must take the lead and address the UK’s forgotten strand of diversity and inclusion. 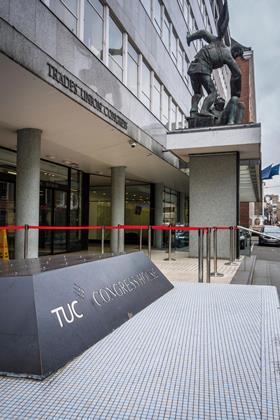 Classism is a real but unseen issue. It exists in all facets of society but is perhaps most apparent in the workplace. The Equality Act 2010 provides protection against discrimination on the grounds of nine protected characteristics including race, sex, disability, age and sexual orientation. There are, however, no provisions for class or socio-economic status despite 60% of the British population identifying as working-class. It is therefore technically legal to discriminate against candidates due to their accents or home address, and for individuals to perpetuate negative stereotypes of working-class people with disparaging and offensive comments. The TUC claims that new legislation would also deal with subtler cases of indirect discrimination, such as the inherent disadvantages of unpaid internships for the less financially able.

Most bias is unconscious and unintentional. Indeed, a Yale study found that interviewers make presumptions regarding a candidate’s socio-economic status within their first seven spoken words. Unconscious bias is not illegal but it can lead to discrimination if related to a protected characteristic. Consequently, much of what many would deem as unconscious bias – for example rejecting a candidate due to a lack of ‘gravitas’ or confidence (arguably a byproduct of a privileged background) – would become discriminatory if class became a protected characteristic.

The European Convention on Human Rights prohibits discrimination on grounds of ‘social origin’ as well as ‘property, birth or other status’. In light of this at least 20 European countries have implemented similar anti-discrimination laws. Australia also protects against class discrimination, interpreting ‘social origin’ to include social class, socio-occupational category and caste. It would therefore not be unprecedented for the UK to follow. However, given the government’s decision not to enact caste discrimination in July 2018, due to the debate surrounding how it should be defined, the probability of a new Class Act seems remote.

The Trades Union Congress claims that new legislation would also deal with subtler cases of indirect discrimination, such as the inherent disadvantages of unpaid internships for the less financially able

The TUC acknowledges the many contested definitions of class and points to various methods of classification including economic capital, occupation and more abstract categories such as dress and musical preferences. While much focus has previously been placed on objective measures of social class, subjective class awareness should also be considered as some self-definitions of class may not be based purely on one’s own perceived class, but one’s parents’. The Social Mobility Commission’s recently launched socio-economic diversity and inclusion employers’ toolkit recommends focusing on four defining factors: parental occupation at age 14; type of school attended at age 11–16;  free school meal eligibility; and highest parental qualification.

Recent years have seen a great impetus on increasing workplace diversity, but such efforts have focused primarily on gender and ethnicity. Creating a more visible socio-economic inclusive workforce does not always come at a huge cost, but the benefits are clear. Diverse teams of individuals with different skills and experiences lead to new ideas and innovation, higher employee engagement and a lower staff turnover because of the reputational advantages of becoming a destination employer. 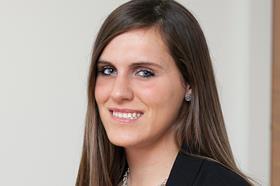 The TUC has proposed compulsory ‘class pay gap’ reporting for employers, similar to the gender and CEO pay gap reporting requirements. But, again, the issue of definition arises. A self-definition approach could be adopted through equal opportunity monitoring forms. Other solutions could include providing basic diversity and unconscious bias training for employees, championing apprenticeships and reassessing rigid criteria-driven recruitment processes. Simply rephrasing a job advertisement can also go a long way in tackling classism.

The options are endless. But no matter how we do deal with it, it is important that it is dealt with. The issue can no longer be ignored and we must strive towards equality for all.