I had the honour of speaking at the inaugural LawTech Wales conference at Swansea University’s Hillary Rodham Clinton School of Law during the launch of its Innovation Centre and the announcement of a brand new master’s in legal tech. Swansea University is recognised for its strength in law and computer science, so it is well positioned to educate lawyers entering today’s digital and tech-enhanced legal services market. 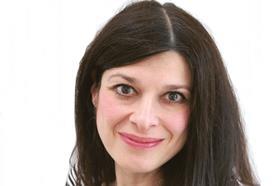 Fellow speakers included Law Society vice-president Christina Blacklaws, who highlighted the value of innovation as well as some of the implications of legal’s ‘new normal’, and Professor Richard Susskind, who emphasised the need to focus on outcomes, not systems, and proposed that rather than building better versions of existing processes, law – and legal education – should be considering new/different approaches.

At the Managing Partners’ Forum Technology Summit in London, panellists talked about ‘galvanising’ law students into working with technology and innovating. But there is clear evidence, in Swansea and elsewhere, that law students are at the forefront of innovation. They are curious; they look for different ways of doing things; and they have an entrepreneurial spirit. Students get involved in hackathons, and start-up communities such as Legal Geek, and they establish and work for lawtech and NewLaw start-ups. The next generation of lawyers is clearly not prepared to wait until they are several years post-qualification before making their mark. It is the incumbent law firms and consultants who may feel discomfited rather than galvanised by technology-driven change.

Lawtech start-ups running out of steam?

Having said that, the maturing lawtech start-up dynamic seems to be running out of steam. ‘Why are they all focused on contract analysis and automation?’ asks Alex G Smith, innovation hub manager at Reed Smith. ‘Contracting is not easy, but although it has some difficult bits – legislation and regulation, and predictive analytics – it is a known field.’ He rightly observes that contract automation is no longer considered innovative and is used by most firms for volume and standardised work.

So it is bizarre that the latest start-up maps published in the US by Michael Mills, founder of Neota Logic, and in the UK by Legal Geek/Thomson Reuters, show an increasingly crowded contract analytics/automation market. Robert Ambrogi’s LawSites list of legal tech start-ups currently has 691 entries – and it does not include the growing number of legal chatbots.

Furthermore, the output of a significant number of new AI applications is an Excel spreadsheet. Excel is 37 years old.

Smith is working on outputs into data visualisation, which is a more immediate medium than a spreadsheet and commonly used in ‘big data’ analytics, where there are too many numbers to fit on a spreadsheet. Basically, it involves organising large volumes of data into a non-linear visual representation, for example a cluster diagram. ‘Although there are plenty of amazing tools outside legal, the legal tech market is very limited when it comes to data visualisation, so we are having to build the tools ourselves,’ he says. ‘It’s not rocket science – bringing together a database and some visuals – but it adds value because most people understand more from a visual representation than from the data itself.’

Previously, the technology might change, but it wouldn’t change how lawyers worked. Now the Technology is reaching over into legal practice.

Another challenge to innovation is that many law firm innovation functions and lawtech start-ups are doing exactly what Susskind warned against – building digital versions of familiar solutions to perennial problems. For example, award-winning start-up Lawyers on Demand, is basically a digital version of what used to be called, pre-internet ‘getting a temp in’. AI-powered online corporate legal services such as Riverview Law and Axiom are an extended intelligent version of legal process outsourcing.

From integration to legal service design

However, one big change is that the (relatively) quick introduction and take-up of legal AI, and the legal market’s unremitting desire for disruption and innovation, has changed the integration space significantly – and permanently.

Previously, law firms adopting a ‘best-of-breed’ approach to legal technology would bring in consultants to help them select and implement suitable systems and integrators to connect them together. The focus was on the IT architecture and these external experts would work with the IT function rather than the users.

Smith’s innovation strategy at Reed Smith focuses sharply on the user rather than the technology, by replacing traditional process re-engineering which is commonly applied to digital transformation – that is, mapping current processes and digitising/automating them – with agile service design, which includes the possibility of questioning, discarding, adding and changing processes rather than simply replicating them. Service design is a critical factor in engaging users with new tools and processes, and includes innovative approaches to co-creation and human interaction.

‘A lot of the genuine innovation that is going on at the moment is not about technology,’ says Smith. ‘It’s about empathy and a willingness to re-engineer processes in a creative way. Service design is about starting from the end-users’ perspective and identifying what they want/need – rather than from the provider, or law firm or corporate legal department IT function viewpoint. Instead of recreating an existing process in a digital format, it’s about changing the process to better reflect the user journey. Applying technology to that is the easy part, because you can find people who can help you get the best out of what you already have and add new, shiny tools. But you need empathy to co-create with users, and if you don’t have that, you will probably deliver something that doesn’t fit – and if it doesn’t fit, nobody will use it.

‘The most important quality is openness: the ability to ask users what they need, really listen to their responses and work them into the design. Products and services that feel invisible, the ones that become part of what you do are created by designers who observe and understand users, and test and prototype exhaustively until they find the best fit.’ Smith recalls visiting the design museum in Helsinki and seeing Nokia’s balsa wood handset prototypes, which were adjusted multiple times to identify the size and shape people were most comfortable with.

The speed of technological change and a benefit of start-up technology is that it commonly includes an element of co-creation, with clients contributing to product development and successive iterations. It also carries the inherent risk in that a common start-up exit strategy, especially if it has raised venture capital funding, is to be acquired, meaning that the new ‘best-of-breed’ architecture has to be a flexible structure to allow for the possibility that its components may change.

Because AI tools handle discrete tasks, they need to integrate with the rest of the information architecture, both in law firms and in-house legal departments, where legal-specific software may need to interface with generalist enterprise systems. This is particularly relevant as technology uptake – especially AI and other tools that save lawyers’ time and increase productivity – is essentially client-driven, and corporate legal departments are inherently cautious about start-ups’ sustainability. 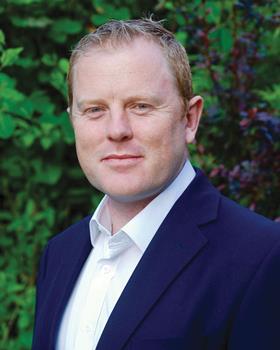 Peter Lee, CEO at Wavelength Law, which is itself a hybrid – an alternative business structure that provides legal and legal engineering services – spoke in Swansea about applying the concept of bricolage to legal engineering. Bricolage is about using a diverse range of materials at hand to create something new.

‘Clifford Chance refers to it as “the multiplier effect”, which is about combining different point technology solutions and processes to create a multiplier effect.’ he says. ‘It is what private equity calls the accretive process, whereby an accretive acquisition adds to the value of the whole corporation. Law firms and legal departments focus on outcomes, and not all outcomes require major change. Sometimes they just require a slight tweak in a process, or a single point technology solution, for example adding an e-signature solution to an approval process.”

However, most desired outcomes around legal service provision are more complex. Lee says: ‘A bespoke solution to produce IP cease-and-desist notices or real estate lease reports could combine extraction technology, such as iManage RAVN, Kira Systems or Luminance, with a document automation technology such as ContractExpress, Avvoka or HotDocs, and an e-signature solution. We call that the bricolage approach.’ Lee adds that the significant differences between bricolage and systems integration is that engineered solutions reach further into the delivery space. This, like Smith’s legal service design, means bringing in the human factor – beyond ethnography; asking questions about how they would like to work and incorporating the answers into the solution. ‘Previously, the technology might change, but it wouldn’t change how lawyers worked. Now the technology is reaching over into legal practice.’

Furthermore, modern tools need to be flexible. ‘A well-designed solution will allow you to swap different elements in and out, if the client requirement changes, or a new technology is developed, Lee says. ‘Each element should be interchangeable. It’s not always simple, so as legal engineers we focus on the quality and type of data we’re working with and make the technology as agnostic as possible.’

Agile service design and bricolage are human-centric design solutions for coping with continuous disruption in legal services and lawtech. While many firms have purchased licences for the latest legal AI solutions, it is very likely that the next ‘disruptive’ technology is just around the corner.