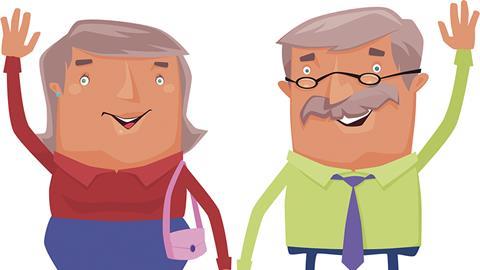 As the golf fairways or long days in the potting shed loom, retirement is an enticing prospect – but there are key points to mull before putting your feet up, says Jonathan Rayner.

Retirement, for most of us, is a consummation devoutly to be wished. We’ve worked hard for decades. And now we’re free, with aeons of me-time stretching before us. Others view retirement with dread: boredom, zero intellectual stimulation, pottering around the shops. A gloomy prospect, but is there genuinely no middle way between lotus-eating and mind-numbing despair? The Gazette spoke to several retired solicitors and asked them for their top tips for a fulfilling retirement.

Getting a job sounds counter-intuitive for someone intent upon putting work behind them, but a new challenge – in an area remote from your former day job – makes a lot of sense.

A change is as good as a rest, as the old saw has it. Richard Ireland is a case in point. After a dozen years (1968-1980) at magic circle firm Slaughter and May, he ‘avoided a mid-life crisis’ by moving to a niche music industry firm. Stints at companies providing legal training and advisory services followed, before his ‘swansong’ at Kent firm Warners, where he was practice manager before retiring in the summer of 2008.

‘I’d had a varied career,’ he says, ‘from magic circle to niche practices, but you can never know what’s just around the corner. Your health might suddenly fail, for example. So I decided it was time to concentrate upon my grandchildren.’

Family law practitioner Andrew Blackburn, who retired from London firm Grant Saw in 2014, prepared for retirement ‘by easing down to becoming an employed [rather than equity] partner and working just three days a week’. He says: ‘I spoke to Citizens Advice before retiring and have subsequently spent one day a week there advising on family law matters. It gives a structure to my week, without dominating it.’

Chris Owen was amused to find himself contacted by the Gazette as someone who had retired. ‘I still often work a seven-day week,’ he protests. Be that as it may, his career has undergone a sea change, evolving from managing and senior clerk to a succession of London and Midlands chambers between 1968 and 2001 to becoming chair of the Birmingham Law Society board of directors and holding various positions within the Bar Council and national Law Society.

‘I’m no longer a full-time employee,’ says Owen. ‘I don’t advertise or have a website, and I don’t seek work. But I’ve always done voluntary work and that’s the way I intend to continue.’

Either devote more time to an existing hobby that previously came a poor second to work or find a new hobby. The internet is a good place to search for local groups.

Blackburn’s hobby has always been chess. ‘Upon retirement, I had the time to take on the captaincy of a chess team. I was previously just one of the team. We play 12 matches a year.’ He adds: ‘Chess is a very male pursuit, but otherwise it gives you a good cross-section of society. It helps keep your brain active, too.’

4 Get a health check

Maudlin, but realistic, advice from Ireland: ‘Don’t assume that you’ll enjoy the same fitness and vitality ad infinitum that you did when working. Have medical check-ups and think seriously about your health. Don’t become one of those people – we’ve all known at least one – who worked hard all their professional lives only to die shortly after retirement.’

Solicitors need no encouragement to plan their next moves – it goes with the job. But to paraphrase Prussian military commander Helmuth von Moltke’s 1880 observation, no plan survives first contact with retirement. Look no further than the lawyer who, one month into his idyllic retirement in Provence, succumbed to the siren call of continued practice.

In short, always have a plan and never lose sight of it.

What it means to be a young lawyer

Charles Edward Stuart became The Young Pretender in his mid-40s. In grumpy late middle age the most famous of fictional lawyers, Rumpole of the Bailey, remained a junior. Should we care where or when we are called ‘young’ or ‘junior’?

Laura Uberoi of the Junior Lawyers Division, writing for its blog, suggests it matters. Not all junior lawyers are young, just as not all juniors at the bar are junior. Some are very senior juniors. The argument runs that avoiding ‘young’ is about accuracy and respect. The average age of solicitors admitted to the roll is now 29, reflecting, variously, a longish route to qualification, career changes, or a late flowering of academic achievement.

What do other institutions do? The upper limit of political and campaigning ‘youth’ wings in the UK is set between 26 and 31. By this measure, most young lawyers are young for two years, tops.

In other European countries, though, such youth wings stretch to 40 and beyond. Perhaps that means, in the professional European world, folk get money, achievement, respect and autonomy while they are still young. What’s not to like?

Perhaps only the fact that it seems the professional equivalent of a noticeable hair dye, Botox or a combover.

In England and Wales, calling newish lawyers ‘young’ perhaps validates, lionises and values the more gilded routes into the law – ancient university degree at 21, City training contract swiftly in the bag. Some who’ve done that are among the best lawyers we know, and some rather decidedly are not. Good or bad, though, they are no longer the norm who are typically 29.