A fresh bid by the Solicitors Regulation Authority to overhaul the rules around solicitors’ professional indemnity insurance would cut protections without necessarily cutting costs. 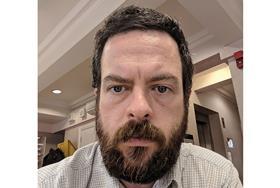 That is because the SRA’s rationale is based on a fundamental misunderstanding of how the insurance market works.

Strangely, we have been here before – and not so long ago. In 2014, the SRA tried to reduce the minimum indemnity limits for solicitors’ PII from the current levels of £2m (or £3m for incorporated firms) to just £500,000.

This would have constituted a reduction of 75% or more in the protection afforded to potentially vulnerable clients.

The proposals were widely opposed, and criticised by the legal sector’s super-regulator the Legal Services Board (LSB) for their lack of good-quality, up-to-date data.

They were then abandoned. Now, four years later, the SRA has repurposed much of the obsolete data to underpin the current, very similar proposals.

In the course of preparing our response to the latest consultation, the Law Society’s regulatory affairs unit spoke to dozens of organisations and individuals who have an interest in solicitors’ PII. While a few expressed some enthusiasm for peripheral aspects of the reforms (such as changes to the rules surrounding defence costs), not one expressed support for the package of reforms as a whole.

None believed there is any realistic prospect of the changes achieving their declared objectives of lowering consumer costs and enabling more people to use professional legal services.

However, most stakeholders agreed that – if implemented – the SRA’s proposals were likely to hike the cost and complexity of PII, while simultaneously stripping solicitors and clients alike of crucial financial protections.

These concerns have been echoed in many of the responses that have been made public in the wake of consultation process, and in the accompanying statements from officials and spokespeople. For instance, general insurance policy adviser Joe Ahern, from the Association of British Insurers, said: ‘The minimum standards for professional indemnity insurance set out by the SRA at the moment are working well as part of a competitive market. We are urging the SRA not to overcomplicate the system and expose some customers to unnecessary risk by reducing these mandatory limits.’

Major brokers working in solicitors’ PII have expressed similar concerns. For example, Howden is sceptical that the reforms could lead to any meaningful reduction in premiums, and along with its response to the consultation, issued a list of some of the problems to which the SRA’s proposals could give rise. The plans could:

Consumer concerns were highlighted in a response from the Legal Services Consumer Panel, which provides independent advice to the LSB about the interests of users of legal services: ‘Overall, the SRA’s PII and Compensation Fund proposals highlight areas of significant reduction in consumer protection. In arriving at its position, the panel considered whether the appropriate balance of responsibility and indeed risk has been struck between consumers and providers, taking into consideration consumers’ lack of expertise and experience in dealing with legal matters. No evidence in the consultation suggests that the balance is correct.’

Cutting back mandatory protections would not just be bad for clients and partners. The Chartered Institute of Legal Executives (CILEx), for instance, has pointed to the dangers the reforms would create for individuals working within SRA-regulated law firms: ‘CILEx is concerned that the SRA proposals to lower the minimum indemnity limits could increase the likelihood that solicitors and their employees will be sued in a personal capacity to make good losses that are no longer covered by the current comprehensive levels of PII cover.’

With the consultation now closed, the SRA will be reviewing stakeholders’ submissions, before a probable next step of applying to the LSB to approve the changes. Given the cogent and convincing responses so far, it will be difficult for the SRA to persist in its assertion that the proposed reforms will deliver the promised benefits.

PII increases a firm or solicitor’s financial security. It also serves the public interest by ensuring that there are very few circumstances in which clients could suffer uncompensated losses, and it preserves confidence in the solicitors’ profession. It is for these reasons that it is a regulatory requirement for solicitors to maintain qualifying PII.

As Law Society deputy vice-president Simon Davis recently asserted: ‘No other profession in the UK today offers their clients such comprehensive or robust protection. This backstop is key to public trust in solicitors and the legal sector, which in turn underpins the rule of law.’

Simon Thomson is policy adviser for PII at the Law Society