Regulators do not aim to be popular, but feedback on the SRA’s reheated proposals for reform of professional indemnity insurance could herald a newly volatile market. Eduardo Reyes reports.

Judging by the profession’s response to its controversial proposals to lower minimum cover requirements, the SRA will be responsible for snatching market volatility from the jaws of stability.

Proposed for a second time, after being widely criticised and withdrawn in 2014, the SRA’s aim is to open up the legal market to greater competition. This time the regulator has returned with a bigger data set to support its case. But the quality of that data is again contested, as is the likely outcome of the reforms.

Why the controversy? Aside from insurer and lawyer bafflement at the SRA’s desire to shake up a market that had stabilised after the shock of unrated insurers collapsing, the issue of cover now sits at the heart of a debate over the principles that best guarantee consumer or client interests – more competition, or universal standards.

There is a home-made aspect to predicted problems in the professional indemnity insurance market. Past crises were the result of external shocks. The notorious ‘black hole’ in the Solicitors Indemnity Fund, a mutual arrangement still mourned by some, had its origins in the collapse of the property market and the frauds and professional errors subsequent claims uncovered. 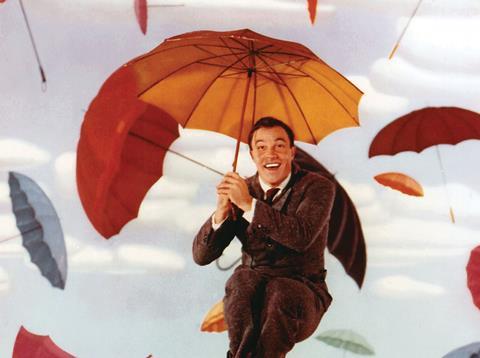 Likewise, to a degree, the collapse of unrated insurers – Quinn, Balva and Berliner – was the result of insurers’ commercial inability to meet their own financial expectations. Certainly their fate was not directly linked to regulatory tinkering.

The SRA has returned with proposals first brought to the table in 2014 to lower minimum indemnity cover to £500,000 – or £1m for residential conveyancing. When the SRA or the Law Society hold meetings with solicitors and brokers, both groups tell the Gazette, this is the most contentious issue.

But it is not the only aspect of the market that those renewing need to note. Below we canvass industry insiders on this and other major concerns.

The headline implosion of unrated insurers made lenders, who value solicitors’ ‘gold-plated’ cover, nervous. As broker Hera Indemnity’s Patrick Bullen-Smith notes: ‘When the lenders turned round and said, “We will not accept you on to our panel if you’re insured with an unrated”, that killed unrated almost overnight. I think the lenders really helped by doing that.’

For the fourth year in a row, premiums are described as ‘stable’ and market conditions as ‘benign’. Broker Howden’s John Wooldridge confirms: ‘There’s plenty of good quality A-rated capacity out there. We’re not currently suffering from any of the unrated problems, CBL being the last unrated insurer to exit the market… it’s definitely a buyer’s market.’

Cyber-insurance is on the rise

Is cybercrime increasingly seen as just ‘crime’? Broker JLT’s Colin Taylor notes: ‘This sort of crime has been going on since the start of the law.’ Professionals under time pressure miss their usual checks and precautions. But the tools used to clear up a cyber-enabled fraud are still new to many.

The City of London Law Society (CLLS)has been one of the fiercest critics of the SRA’s proposed changes to compulsory cover – both when first proposed in 2014, and again in 2018.

Large firms that fail, like KWM’s European office, are a feature of the modern legal market, CLLS points out. ‘Partners in firms which fail will no longer have certainty that there is insurance cover – compulsory successor practice cover would not cover the commercial claims.’

Removal of minimum terms and conditions for work that includes advice to financial institutions is also a City concern. ‘This impliedly creates a de-regulated market,’ CLLS says, ‘and may allow insurers to reduce scope of cover or impose higher premiums in return for the current (and comprehensive) protections under the existing MTCs, but which they will no longer be obligated to offer.’

City firms benefit from universally similar levels of cover, CLLS stresses: ‘It will be problematic to rely on another firm’s undertaking as we could not be sure that their insurers will deal with a claim.’

Thus, more firms are buying ‘cyber-insurance’. In ‘initial enquiries’ for a quotation, relates broker AON’s Ryan Senior, some (mistakenly) believe the policy will cover loss, whereas the policy should be bought for the technical detection – and support – services such policies cover.

There is also increased interest in directors and officers liability insurance, to cover such eventualities as defence costs, though separate figures for the legal profession are not available. This is entirely separate to PII but reflects wider risks firms are now taking into account.

Data is not trusted

‘I can’t see a great reduction in premiums,’ AON’s Senior says. Has the SRA misjudged the market? The price of cover, he points out, is driven by ‘actuarial risk’ far more than the level of cover – and the fact that most claims are for amounts below the proposed lower level is already reflected in premiums.

AON’s frustration with the SRA’s treatment of data led the broker to analyse and submit its own information. One crucial difference was that the SRA only looked at claims that were closed. By contrast, AON took account of claims that remain open – and which have a reserve figure attached to them in accounts.

Whereas the SRA’s figures show 98% of claims falling below the proposed minimum cover levels, AON’s 10-year analysis shows 6% of claims were higher – 18% for claims unrelated to residential conveyancing.

JLT’s Martin Ellis questions the basis of reform: ‘The SRA states that the average rate on fees that firms pay for their PII is 5% [of turnover], thus if premiums are reduced by 10% then the saving is 50p in every £100 of fee income. Even if this is passed on in full to consumers, it will hardly make any difference to the affordability of legal services. Whether this insignificant reduction is worth the additional risks to both the industry and consumers is certainly questionable.’

Industry body the Association of British Insurers warns there is no guarantee of premiums coming down if the solicitors’ regulator presses ahead. In its submission to the SRA consultation, the ABI says the proposed reduction in the minimum could leave a small minority of consumers without sufficient access to redress. It asks whether this, and the potential reputational damage to the profession, would be a price worth paying in the pursuit of lower costs. Indeed, the organisation suggests any fall in.