Simon Hewitt of First Title Insurance plc  looks at the idea of a fundamental shift in approach offered by Shaun Spiers, executive director of the Green Alliance.

Building houses and saving the countryside would seem, from most people’s perspective, to be an oxymoron; but not for Shawn Spiers who proposes an alternative vision in a new book, ’How to build houses and save the countryside’ (published by the Campaign to Protect Rural England (CPRE), of which Spiers is a former chief executive). This follows hot on the heels of ongoing government consultations on a major overhaul to the National Planning Policy Framework, in which the government says: “Maximising the use of land, strengthened protections for the Green Belt and a greater emphasis on converting planning permissions into homes are at the heart of new planning reforms”.

Spiers calls for a more balanced approach, explaining why the current central government model of imposing development does not work, evidenced by “poorly located, poorly executed developments” being the norm across much of the country.

What are the issues?

There is undoubtedly a housing crisis in the UK we would need to build at least 300,000 houses per year to meet the underlying growth of demand. Yet, in the last decade, new construction has been around half the figure achieved over the previous forty years.

Spiers challenges those who advocate releasing more land or re-drawing Green Belt boundaries to enable more homes to be built. He says that although countryside is being needlessly lost or eroded as a direct result of national planning policy – ministers deny it or blame local decision making. Although building more homes will require some sacrifice, minimising the loss of greenfield land should, says Spiers, be the aim of the policy. So is there a viable solution?

Spiers sets out a potential solution for the housing problem, but recognises that the building of many new homes will necessitate the loss of countryside. He calls on the government to guarantee high quality, affordable developments in the right locations, in return for public support and acceptance that some countryside will be lost.

Spiers looks at the impact on the landscape, including rural housing and environmental constraints, the effect of immigration, and how a revised, refocused planning system could provide a way forward.

He calls for radical changes to policy - emphasising that it is “strongly pro-housing, particularly affordable housing in villages”. But he stresses that the new approach “seeks to show just why the countryside matters and why it must be safeguarded”.

Spiers sounds a note of warning in respect of the government’s recent housing proposals, describing them as “too close to recent history – high targets imposed on local authorities, without the means of delivering them”. As a result, he predicts too few houses built, too much countryside lost, and too much energy spent on countryside battles rather than working out how and where to build the good quality homes the country needs.

Conservationists should, says Spiers, be opposing inappropriate development and “propose how to do developments better and where they should go”. The aim should be less damage to the countryside and more new homes. However, to make this possible, the current system needs radical change to improve housing affordability and to “make it more possible for groups such as CPRE to engage more constructively”.

Title issues commonly arise during the sale of new residential developments, wherever the location, but particular title issues can manifest themselves on greenfield sites and in the countryside. Typical title risks relate to mines and minerals, chancel repair liability, missing title deeds, lack of planning permissions or conservation area consents, access rights, and manorial and ancient rights.

Where a title issue crops up during a transaction, which cannot be resolved, or may jeopardise a transaction, appropriate title insurance may be able to cover the risk of problems arising in the future – and allow the transaction to continue. 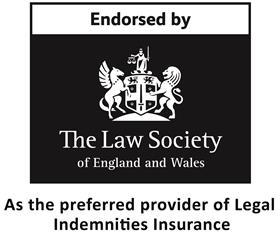