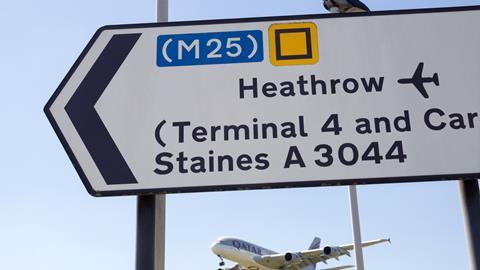 The Supreme Court held that the respondent had acted in criminal contempt of court by sending an email containing details of the outcome of the court’s judgment to the Press Association the day before the handing down of the judgment. The respondent had represented a charity in the case of R (Friends of the Earth Ltd and others) v Heathrow Airport Ltd[2020] All ER (D) 81 (Dec). In the circumstances, the appropriate penalty was a fine of £5,000.

In October 2020, the Supreme Court heard an appeal in the case of R (Friends of the Earth Ltd and others) v Heathrow Airport Ltd[2020] All ER (D) 81 (Dec). In the proceedings, the respondent (C), who was an unregistered barrister, had represented the charity Plan B Earth. In December, the Supreme Court circulated a draft judgment to the parties. On 15 December 2020, the day before the judgment had been due to be handed down, C sent an email to the Press Association containing a statement in which he disclosed the outcome of the appeal. The statement included the words: ’I have taken the decision to break the embargo on that decision as an act of civil disobedience. This will be treated as “contempt of court” and I am ready to face the consequences’.

At around 12.41 pm on 15 December 2020, C published the same statement on Twitter via the account of Plan B Earth.

The applicant Attorney General applied for permission to pursue proceedings against C, seeking his committal or such other penalty as the court considered appropriate for contempt of court. The applicant contended that, by disclosing the outcome of the appeal to the public, knowing that doing so had been prohibited by the court, C had interfered with or created a real risk of interference with the administration of justice and had thereby committed contempt of court.

First, C had been responsible for the disclosure. On the morning of 15 December he had sent an email to the Press Association containing his personal statement in which he had disclosed the outcome of the appeal. Just over an hour late, he had posted a similar statement on Plan B’s Twitter account. C had not denied that he made those publications. On the contrary, he had admitted them (see [18] of the judgment).

Second, when C had made the disclosures, he had been aware of the embargo, and had admitted that. The personal statement sent to the Press Association had stated that he had taken the decision to break the embargo as an act of civil disobedience (see [19] of the judgment).

There was nothing uncertain in the sentence in the rubric on the draft judgment, which had stated ‘A breach of any of these obligations may be treated as a contempt of court’. The acts of publication had been deliberate and calculated breaches of the embargo (see [20] of the judgment).

Furthermore, C’s suggestion that it had been because of some doubt as to the confidentiality of the judgment that he had sought leave of the court to obtain independent legal advice was contradicted by what he had said at the time (see [21] of the judgment).

(2) Whether, in all the circumstances, C’s actions had been or had created a risk of an interference with the administration of justice that had been sufficiently serious to amount to the actus reus of criminal contempt.

The strictly confidential basis upon which draft judgments were provided to parties was well established, as were the reasons underpinning the duty of confidentiality in that context. The potential damage to the administration of justice which breaches of the duty of confidentiality could cause had also been emphasised. A critical point was that C had interfered with the court’s control of its own proceedings. The publication of the outcome of the appeal in breach of the embargo had been an interference with the proper administration of justice (see [23] of the judgment).

Further, the threshold of seriousness was passed. First, it was vital for the authority of the court and in the interests of legal certainty that its judgments should be delivered at a time of its choosing and in a definitive form. Published judgments had to be accurate, complete and in final form. Leaks of draft judgments could undermine the authority of the court and its judgment (see [24] of the judgment).

Fourth, C’s statements had been in terms which had defied the authority of the court and which could have encouraged others to disobey the prohibition on publication and to disclose that or other draft judgments (see [27] of the judgment).

So far as the mens rea of a criminal contempt of court was concerned, the court was satisfied to the criminal standard that C’s breach of confidentiality had been deliberate and in breach of a court order of which C had been well aware. That was sufficient for present purposes (see [28] of the judgment).

(3) Whether C had had a specific intention to interfere with the administration of justice. C contended that, at all times, he had considered his action to be lawful. He submitted that the court should have had regard to his intentions, beliefs and motivations in disclosing the result of the appeal. He submitted that he had been justified in doing so in breach of the order because that was a reasonable and proportionate measure to prevent harm to the public as a result of the catastrophe which, he believed, would be caused by global warming.

First, the court was not concerned with a contractual or equitable duty of confidentiality owed by C. He had been given a direction by the court not to disclose the draft judgment and he had been bound to obey it unless there had been a successful application to the court to vary it (see [31] of the judgment).

Second,  that had been an obligation prescribed by law in accordance with art 10(2) ECHR. In any event, C had fully appreciated that his conduct would be likely to be treated as a contempt of court (see [32] of the judgment).

Third, there was no defence available to C arising out of his concerns or fears as to the consequences of the Supreme Court’s decision. There was no defence of public interest. There was no such thing as a justifiable contempt of court. It was clear on the authorities that a person might have an intention to interfere with the administration of justice, even if he acted with the motive of securing what he considered to be a just outcome overall. It had been, in any event, unnecessary for C to disclose the result of the appeal in breach of the embargo, in order to permit or facilitate public scrutiny or criticism of the judgment which was to be handed down the following day (see [33], [34] of the judgment).

Fourth, C had not been entitled to act as he had done because he had believed that it had been reasonably necessary to do so in order to protect the right to life in accordance with art 2 ECHR. There had been no rational connection between any breach of the embargo and the harm that C said that he had wished to prevent (see [35] of the judgment).

Fifth, C relied on the interpretative obligation under s 3 of the Human Rights Act 1998. However, the court was not concerned with any statutory obligations, including the provisions of the Contempt of Court Act 1981, but with contempt at common law (see [36] of the judgment).

Sixth, there was no scope for the operation of the defence of necessity or duress of circumstances, in circumstances where there had been no requirement for action to be taken between the circulation in confidence of the draft judgment and the hand down of the final judgment (see [37] of the judgment).

It was unrealistic for C to contend that, all material times, he had believed that, had the Supreme Court properly understood the implications of its judgment, it would have consented to his course of action. It had been made clear to C that he had been required not to disclose the outcome of the appeal until the judgment had been handed down. Moreover, hand down had occurred the following day and, thereafter, C, the media and all members of the public had been free to criticise the judgment and it had been open to him to raise all of the issues which had concerned him (see [38] of the judgment).

A permissible interference with freedom of expression had to be prescribed by law, had to pursue one or more of the legitimate objectives in ECHR art 10(2) and had to be necessary in a democratic society for the achievement of that aim. The last limb required an assessment of the proportionality of the interference to the aim pursued (see [40] of the judgment).

In the present case, the prohibition on publication of the judgment of the Supreme Court prior to hand down had amounted to a restriction on the disclosure of information. However, it had been for a limited period only, from 9 December 2020, when the judgment was sent to the parties in draft in confidence, until hand down at 9.45 on 16 December. Further, it had been for the specific purposes of enabling the parties to make suggestions for the correction of errors, prepare submissions on consequential matters and to prepare themselves for the publication of the judgment. It was important that the published text of a judgment of the court ought to be accurate, complete and in its final form. That restriction had clearly been necessary in order to achieve the legitimate objective of maintaining the authority of the judiciary and judicial decisions and had been a proportionate means of achieving that result (see [41] of the judgment).

The conduct of C constituted a criminal contempt of court. Taking into account of the various factors, it was appropriate to impose a fine of £5,000 (see [42], [52] of the judgment).

Liverpool Victoria Insurance Company Ltd v Zafar [2019] All ER (D) 20 (Apr) considered; Cuadrilla Bowland Ltd and others v Persons unknown entering or remaining without the consent of the claimant(s) on land at Little Plumpton as more particularly described in the claim form and shown edged red on the plan annexed to the claim form and others [2020] All ER (D) 105 (Jan) considered; Cuciurean v Secretary of State for Transport and another [2021] EWCA Civ 357 considered.

Aidan Eardley (instructed by The Government Legal Department) for the applicant.