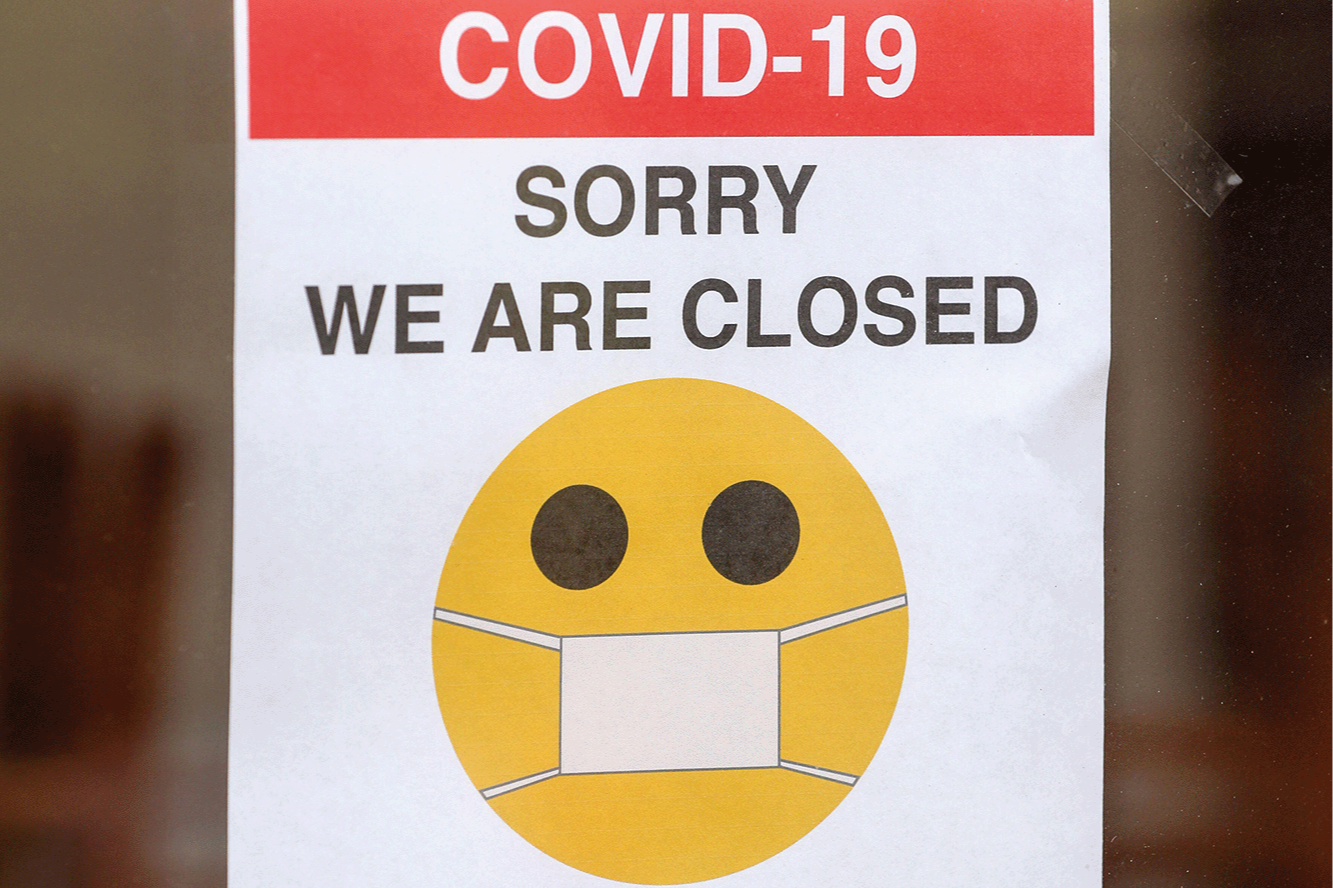 In dismissing the appeals of insurance companies, who were providers of ‘business interruption’ insurance in the UK, and largely allowing the appeals of the Financial Conduct Authority  and an intervening policyholder action group, the Supreme Court found that policyholders who held insurance which covered against losses arising from interruption of business would in many cases be able to rely upon the circumstances of the COVID-19 pandemic, and the resultant business disruptions suffered, to claim indemnity from their insurance providers.

The Financial Conduct Authority (FCA) commenced the present test case under the Financial Markets Test Case Scheme (the scheme) for the benefit of insurance policyholders, who held insurance policies which covered them against losses arising from interruption of business, to urgently clarify whether or not there was cover in principle under a variety of different standard insurance policies for COVID-19 related business losses. The defendants were eight insurers who were leading providers of ‘business interruption’ insurance. The aim of the proceedings was to achieve the maximum clarity possible for the maximum number of policyholders and their insurers by considering a representative sample of standard form business interruption policies. The proper interpretation of four types of clauses in particular were considered, namely; (i) ‘disease clauses’; (ii) ‘prevention of access clauses’; (iii) ‘hybrid clauses’ and; (iv) ‘trends clauses’. The proceedings were heard initially by the Commercial Court, where the FCA had issued a claim form asking the court to make declarations about the meaning and effect of the relevant policy wordings. The FCA was substantially successful in its claim in the Commercial Court. Accordingly, the main appeal in the present case was that of the insurers. However, the FCA also appealed in relation to certain issues in which it had not succeeded in the Commercial Court. The intervener, a policyholder action group, also appealed on similar grounds to those advanced by the FCA.

(1) The correct interpretation of ‘disease clauses’, which generally provided insurance cover for business interruption losses caused by the ‘occurrence’ of a ‘notifiable disease’ at or within a specified distance (typically a 25 mile radius) of the policyholder’s business premises.

(2) Whether in relation to ‘prevention of access’ clauses, which generally provided insurance cover for business interruption losses resulting from ‘restrictions imposed by a public authority’ preventing or hindering access to, or use of, the business premises, and hybrid clauses, which combined the main elements of the disease and prevention of access clauses, the Commercial Court had been wrong to conclude that: (i) the words ‘restrictions imposed’ had meant something which was both expressed in mandatory terms and had the force of law; (ii) the words ‘inability to use’ in those clauses had meant a complete inability to use the premises, save for use that was de minimus and/or; (iii) anything short of complete closure of the premises would not have constituted ‘prevention of access’ to the premises.

(i) ‘Restrictions imposed’ by a public authority had been understood as ordinarily meaning mandatory measures ‘imposed’ by the authority pursuant to its statutory or other legal powers. However, a restriction had not always been required to have had the force of law. Not uncommonly, a mandatory instruction might be given by a public authority in the anticipation that legally binding measures would have followed shortly afterwards, or would have done so if compliance had not been obtained; that had been capable of being a ‘restriction imposed’. When the UK Prime Minister in his statement of 20 March 2020 had instructed named businesses to close ‘tonight’, that had been a clear, mandatory instruction given on behalf of the government. It had been an instruction which both the named businesses and the public would have reasonably understood had to be complied with, without inquiring into the legal basis or anticipated legal basis for the instruction. Such an instruction had therefore been capable of being a ‘restriction imposed’, regardless of whether it had been legally capable of being enforced. Further, ‘restrictions imposed’ had been general and unqualified, and had not necessarily been required to have been directed to the policyholder specifically, or to its use of the insured premises (see [116], [117], [120], [125], [128] of the judgment).

(3) Whether, given the court’s interpretation of ‘disease clauses’, business interruption losses consequent on the public health measures taken by the government in response to COVID-19 were ‘caused’ by cases of illness from COVID-19 that had occurred at or within the specified radius of the insured business premises.

It obviously could not have been said that any individual case of illness resulting from COVID-19 had, on its own, caused the UK government to introduce the restrictions which had led directly to business interruption. The government measures had been imposed in response to information about all the cases of COVID-19 in the country as a whole. The situation had been one in which ‘all the cases [had been] equal causes of the imposition of national measures’ (see [176] of the judgment).

On the proper interpretation of the disease clauses, in order to have shown that losses from interruption of the insured business had been proximately caused by one or more occurrences of illness resulting from COVID-19, it had been sufficient to prove that the interruption had been a result of government action taken in response to cases of COVID-19, which had included at least one case of COVID-19 within specified radius of the insured premises covered by the clause. The basis for that conclusion had been that each of the individual cases of illness resulting from COVID-19 which had occurred by the date of any government action had been a separate and equally effective cause of that action, and of the response of the public to it (see [212] of the judgment).

The same analysis had also applied to those hybrid clauses which had contained, as one element, an occurrence of an infectious disease within a specified distance of the insured premises. In order to have shown that business interruption losses had been covered by these clauses, it would have been sufficient to prove that the interruption had been the result of closure or restrictions placed on the premises in response to cases of COVID-19, which included at least one case manifesting itself within the specified radius of the insured premises (see [213] of the judgment).

(4) The correct method of analysing whether business interruption losses had been caused by an insured peril in relation to prevention of access and hybrid clauses.

Prevention of access and hybrid clauses had contained a series of elements which had to have been satisfied to have triggered the insurer’s obligation to indemnify the policyholder against the loss. Such clauses had indemnified the policyholder against the risk (and only against the risk) of all the elements of the insured peril acting in causal combination, and in the required causal sequence, to have caused business interruption loss; but it had done so regardless of whether the loss was concurrently caused by other (uninsured but non-excluded) consequences of the COVID-19 pandemic which had been the underlying or originating cause of the insured peril (see [97], [243] of the judgment).

(5) Whether ‘trends clauses’, which generally provided for business losses to be quantified by reference to what the financial performance of the business would have been had the insured peril not occurred, had applied to the circumstances of COVID-19. It was the insurers’ contention that trends clauses had the effect that they had not been liable to indemnify policyholders for losses which would have arisen regardless of the operation of the insured perils by reason of the wider consequences of the COVID-19 pandemic.

Further, the Commercial Court had been wrong to have concluded that if there had been a measurable downturn in the turnover of a business due to COVID-19 before the ‘insured peril’ had been triggered, then the insurer had been entitled to take into account the continuation of that downturn as a trend for the purposes of reducing the indemnity for business interruption losses. Losses should have been assessed on the assumption that there had been no COVID-19 pandemic, and accordingly, in calculating loss, the assumption should have been made that pre-trigger losses caused by the pandemic would not have continued during the operation of the insured peril (see [296] of the judgment).

The Orient-Express case had been wrongly decided and had been overruled. The business interruption loss in that case had arisen because both: (a) the hotel had been damaged and also; (b) the surrounding area and other parts of the city had been damaged by the hurricanes. Those had been two concurrent causes, each of which had been sufficient to have caused the relevant business interruption, but neither of which had satisfied the ‘but for’ test because of the existence of the other. In such a case when both the insured peril and the uninsured peril had operated concurrently, then provided that the damage which had been proximately caused by the uninsured peril (in the Orient-Express case, damage to the rest of the city) had not been excluded, loss resulting from both causes operating concurrently had been covered. The correct approach in the Orient-Express case would have been to have construed the trends clause so as to exclude from the assessment of what would have happened if the damage had not occurred, circumstances which had the same underlying or originating cause as the damage, namely the hurricanes (see [308]-[310] of the judgment).