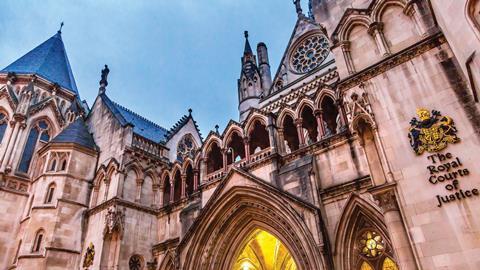 In proceedings which raised an issue of broader significance about sentencing in cases of environmental damage, the Court of Appeal, Criminal Division, ruled that a judge had not erred in holding that, where all five category 2 ‘harm’ features in the Sentencing Council’s Definitive Guideline on Environmental Offences (the Guideline) had been met, the cumulative effect had the potential to raise the overall harm into category 1 of the Guideline. The court held that the judge had made ample findings to justify him finding harm at the top of category 2, with other features available to aggravate the offending well beyond that, and that the Guideline was not subject to constraints imposed by the Environment Agency’s Common Incident Classification Scheme. Accordingly, the court ruled that a suspended sentence of nine months’ imprisonment, imposed on the defendant director of a waste disposal company, concerning a major fire at the company’s site, was neither manifestly excessive, nor wrong in principle.

*R (on the application of the Environment Agency) v Lawrence

The defendant was the operations director and technically competent person within Lawrence Skip Hire Ltd, a family business. The nature of the company’s business was to receive payment from those who used its facilities to dispose of their waste, and to make further profit by extracting and selling on some of that waste.

The company obtained an Environment Agency permit which required it to put in place a management system to identify and minimise the risk of pollution. An obvious major risk of pollution was that of fire.

The company became financially strained and, to avoid the cost of disposing of the unsaleable waste off site, it was allowed to remain on site.

On 12 December, a fire broke out at the site. On 16 June 2013, another major fire broke out, burning five thousand tonnes of waste. Thick black smoke drifted across the locality, causing Public Health England to advise people to stay away from it. The fire continued for many weeks and it was the second biggest fire-fighting operation in Hereford and Worcester in the previous 28 years. In the course of dealing with the fire, large quantities of highly polluted water ran into the canal and about 3,000 fish died. Chemical-laden smoke caused significant adverse effect on air quality in the local area, which included a primary and a secondary school. The fire was not finally extinguished until August after the building was demolished.

The defendant’s insurance had lapsed after the first fire. Consequently, when the second fire had broken out, there had been no applicable insurance and when, in September 2013, the company entered into insolvency procedures, the public purse ended up paying all the vast costs.

No complaint was made in respect of counts 1 and 2. Concerning counts 3 and 4, the judge, having considered the Sentencing Council’s Definitive Guideline on Environmental Offences (the Guideline, see [14] of the judgment), found the culpability to have been highly reckless. As to harm, he found no category 1 features. However, he considered that all five category 2 criteria were met and that the cumulative effect of those category 2 harm features had the potential to raise the overall harm into category 1. He stated that, in respect of the Guideline, ‘… it is clear that aggravating features applied to a particular category of harm can elevate that harm into a higher category’.

The defendant renewed his application for permission to appeal against sentence. Leave was granted.

Whether the sentence of nine months’ imprisonment, suspended, was manifestly excessive. In particular, whether the judge had adopted the correct approach to the Guideline, which raised an issue of broader significance about sentencing in cases of environmental damage.

Accordingly, the defendant submitted that the judge had wrongly conflated steps 3 and 4, and that step 3 did not permit the use of multiple features of harm to move the matter to a higher category range. The defendant contended that the step up from category 2 to category 1 harm, was the difference between ‘significant’ to ‘major’ and that, on the basis of the Environment Agency’s Common Incident Classification Scheme (the Environment Agency’s Scheme), just because all five harm factors were ‘significant’ and fell squarely within category 2, was not justification for re-determining that overall harm should be considered ‘major’.

While it could be understood why, in broad policy terms, the Sentencing Council might have taken the Environment Agency’s Scheme as part of its source guidance, that was not a reason to read the Guideline as subject to constraints imposed by the Scheme, which was not an instrument designed to address sentencing by the criminal courts. Section 12(1) of the Coroners and Justice Act 2009 (CJA 2009) itself provided that, in sentencing, the court had to follow any relevant sentencing guidelines, unless satisfied that it would be contrary to the interest of justice to do so. Where the interests of justice required it, the court might step outside the Guideline. Courts had stressed over and over that guidelines were not meant to be a straitjacket (see [30] of the judgment).

Applying settled law to the present facts, while permission to appeal was granted to reflect the significance of the issue arising, the appeal would be dismissed (see [32] of the judgment).

Among the aggravating features listed, a number could also be classed under step 3 harm, such as the location of the offence near housing, schools, livestock or environmentally sensitive sites, repeated incidents of offending or offending over an extended period of time, established evidence of wider or community impact, and an offence committed for financial gain (see [26] of the judgment).

If the judge had used a feature to place wrongdoing in category 2 harm, or to move it up that category, the same feature could not be used again as an aggravating feature to elevate the offending into category 1. However, in the present case, the judge had made ample findings to justify him finding harm at the top of category 2, with other features available to aggravate the offending well beyond that (see [27] of the judgment).

Accordingly, the wording of step 4 allowed the judge to do what he had done (see [28] of the judgment).

No one committing such offences should think that multiple aspects of his or her wrongdoing, however grave, would receive no punishment simply because they all fell within one category of harm. It had not, or could never have, been the intention of the Sentencing Council to so limit or constrain the duty of the judge in assessing the features of the case before him or her (see [29] of the judgment).

Whether by application of the Guideline or by stepping back and taking an overall view of the total wrongdoing committed by the defendant, his very high level of recklessness, together with the large number of features of harm and aggravation, tempered by his personal mitigation and his very late pleas, meant that the sentence could not be described in any way as either manifestly excessive or wrong in principle. To the contrary, some judges, bearing in mind the utmost importance of protecting the environment, might not have suspended the sentence (see [31] of the judgment).

Samantha Riggs (instructed by Pro Bono) for the defendant.

Tim Pole (instructed by Environment Agency) for the Crown.