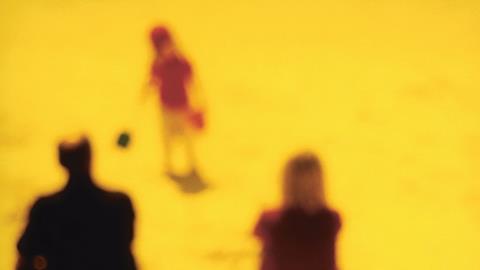 The Court of Appeal, Civil Division refused W's application for permission to appeal against a decision to refuse an earlier application to set aside a consent order, she had been a party to, and agreed in 2005 with her former husband. That 2005 order had related to periodical maintenance payments due to W, and when they ought to end. It had effectively been W's third application upon the same grounds and wholly reliant upon evidence she had had at her disposal at the time of her other two previous applications.

In 1993, the applicant wife, W and her husband, H, married. In 1998, they separated. In 2003, H filed a divorce petition on the basis of five years separation. By January 2005, the only ongoing maintenance issue had been the length of time it would be appropriate for W to continue to receive maintenance given the brevity of the marriage and that she had been in work until three years earlier. An agreement was reached, each of the parties having the benefit of legal representation, and a consent order was drafted. The 2005 order stated that it was the parties' intention that W would become financially independent from H within five years of the order. In the interim, W was to be provided with maintenance by way of periodical payments at a rate of once a calendar month. In February 2008, W applied to extend the term for the periodical payments. In September 2009, there was a three day hearing, in respect of the application, with financial disclosure and each party giving oral evidence. In November 2009, a district judge made an order allowing the application of W. Periodical payments were extended by over two years (the 2009 order). The 2009 order prevented W from making any further application to extend the term (the bar). W appealed the 2009 order before a circuit judge. The circuit judge allowed the appeal, extended the periodical payments term and removed the bar. However, in a subsequent hearing in February 2010, the district judge dismissed W's application to set aside the 2005 and struck out W's application (the 2010 order). As had been recorded in the judgment, W's case had been based squarely on non-disclosure. H subsequently appealed against that which the circuit judge had allowed. In July 2011, the Court of Appeal reinstated the 2009 order. In November, W applied to set aside the reinstated 2009 order on the basis of material non-disclosure. In July 2013, the 2009 order was set aside. H appealed, again, to the Court of Appeal. In March 2014, the Court of Appeal held that there had been an error in law in setting aside the 2009 order. Accordingly, the 2009 order varying the 2005 consent order was, for the second time, reinstated. In May 2014, W made a further application to set aside the consent order of 2005 on the grounds of alleged capital non-disclosure. In March 2015 (the 2015 order), the judge dismissed W's application to set aside the 2005 consent order. Prior to the final determination, W had been ordered to file a statement setting out the dates when the information upon which she wished to rely had come into her possession. The subsequent statement made it clear that W had been wholly reliant upon material available to her in the 2009 and 2010 proceedings. The judge held that W's application to set aside on the basis of capital non-disclosure had been presented upon precisely the same basis as had been when the identical application had been heard and struck out by way of the 2010 order. In July 2015, W applied for permission to appeal the 2015 order. Consideration was given to case of Tibbles v SIG PLC (t/a Asphalt Roofing Supplies)[2012] All ER (D) 134 (Apr) (Tibbles).

W contended that the court ought not to be constrained by the fact that the information upon which she had relied in her 2014 application had been available at the time of the 2009/2010 hearings because: (i) Rule 4.1(6) to the Family Procedure Rules 2010, SI 2010/2955 (FPR) was unlimited in its scope and ought to be considered in isolation from the Civil Procedure Rules 1998; (ii) the judge had been wrong in considering that the application had been 'caught' by the rule in Henderson v Henderson(1843) 67 ER 313 (Henderson) because of recent House of Lords and Supreme Court authority supported a submission that the decision in Sharland v Sharland[2015] All ER (D) 108 (Oct) (Sharland) that allowed the court to go behind the principle in Henderson; and (iii) the judge had failed adequately to consider the modern approach to res judicata and abuse of process found in Virgin Atlantic Airways Ltd v Zodiac Seats UK Ltd[2013] All ER (D) 49 (Jul) (Virgin Atlantic). Further, even if the matters raised by the wife could or ought to have been raised in 2010, the case of Arnold v National Westminster Bank plc[1991] 3 All ER 41 (Arnold) now permitted a challenge to the previous decision on a relevant issue notwithstanding that it had not been brought forward at that time.

The application would be refused.

(1) The Family Court  had general power to rescind or revoke an order. The power although general was not unbounded. The power did not enable a free-for-all in which previous orders might be revisited at will. It had to be exercised judicially and not capriciously. It had to be exercised in accordance with the overriding objective. In family proceedings, the overriding objective was enabling the court to deal with cases justly, having regard to any welfare issues involved (see [47], [54] of the judgment).

FPR r 4.1(6) was limited in its scope. The application to set aside a consent order by way of an application under FPR r 4.1(6) would be considered against the Tibbles criteria, against the backdrop of the desirability of finality in litigation, the undesirability of permitting litigants to have 'two bites at the cherry' and the need to avoid undermining the concept of appeal. Having borne those matters in mind, the court could thereafter set aside an order following a promptly made application, but only in the following circumstances: (i) where there had been a material change of circumstances since the order had been made; (ii) where the facts on which the original decision had been misstated; or (iii) where there had been a manifest mistake in the part of the judge in formulating the order (see [57], [86]-[88] of the judgment).

(2) An application to set aside the 2009 order or the 2005 order could only be achieved by an appeal (eleven years out of time in respect of the 2005 order and withdrawn in respect of the 2010 order), or an application to set aside under FPR r 4.1(6), which ought to be considered by reference to the guidance in Tibbles. W's application for permission to appeal had to be refused on the basis alone that: (i) no adequate explanation had been provided for the delay of five years following the judge's refusal in February 2010 to set aside the 2005 order prior to the further application having been made in May 2014; (ii) the present proceedings had been W's third bite of the cherry; and (iii) the course sought by W undermined the concept of appeal (see [60], [61], [86]-[88] of the judgment).

(3) There had been, in W's case, no special circumstances or, as it had been put in Virgin Atlantic, no 'highly relevant event' of the type identified in Arnold or Virgin Atlantic that had occurred after the determination of W's proceedings. The 'change in perception in the law' upon which W relied in order to seek to bring the case within Arnold and the 'modern' approach in Virgin Atlantic was of no assistance to her as 'change in perception of the law' did not go to the point in issue and had not been relevant to establishing the fact and extent of any alleged non-disclosure. Any interpretation of Arnold and Virgin Atlantic was incapable of salvaging the situation for W. In both Arnold and Virgin Atlantic the change in circumstances went to the heart of the issue. The 'change' in the law in Sharland was of no assistance and, without it, it left W no basis upon which to succeed in an application to set aside any of the orders which the court was concerned. To allow W to reopen either the 2005 or 2010 orders would be an unprincipled departure from, or an unprincipled exception to, the rule (see [83]-[88] of the judgment).

Per curiam: 'As the new FPR r 9.9A provides specifically for the power of the court to set aside a financial remedy order (as opposed to any other type of order) then it rather than FPR r 4.1(6) should, as of 3 October 2016, be invoked where such relief is sought. FPR r 4.1(6) will continue to govern any other applications to set aside which are governed by the Family Procedure Rules (see [49] of the judgment).