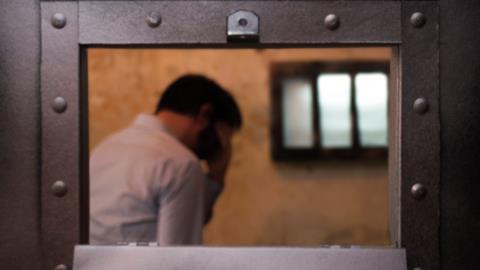 The Mental Health Act 1983 made it a legal requirement that doctors had to ‘personally examine’ a person before recommending that he (or she) be detained, and that an approved mental health professional had to have ‘personally seen’ the person before applying for a detention. The Divisional Court ruled that the words ‘personally seen’ in MHA 1983 s 11(5), and ‘personally examined’ in MHA 1983 s 12(1), required the physical attendance of the person in question on the patient. Accordingly, the declarations which the applicant NHS Trust sought, concerning the remote examination of patients in the context of the coronavirus pandemic, were refused.

The applicant NHS Trust (the Trust) was the body responsible in its area for the employment and provision of medical practitioners whose recommendations were required by the Mental Health Act 1983 (MHA 1983) for the detention or reception into guardianship of patients suffering from mental disorders.

MHA 1983 made it a legal requirement that doctors had to ‘personally examine’ a person before recommending that they be detained, and that an approved mental health professional (AMHP) had to have ‘personally seen’ the person before applying for a detention. However, in the context of the Coronavirus pandemic, and just after the start of the first ‘lockdown’, on 30 March 2020, NHS England issued a document entitled Legal guidance for mental health, disability and autism, and specialised commissioning services supporting people of all ages during the coronavirus pandemic’ (the Guidance). The Guidance was revised to include a section, drafted jointly by NHS England and the defendant Secretary of State for Health and Social Care, headed ‘Application of digital technology to Mental Health Act assessments’, which stated that, even during the COVID-19 pandemic, it was always preferable to carry out an MHA 1983 assessment in person, but that, under specific circumstances where that could not happen, it was possible for video assessments to occur.

(1) Whether the court had the power to grant the declarations sought.

In general, the court did not give advisory opinions on questions of statutory construction. In exceptional cases, however, there was power to issue a declaration as to the construction of an enactment in the abstract where three criteria were satisfied: first, the declaration sought raised a real question (as opposed to a hypothetical or academic one). Second, the party seeking the declaration had a real interest in it. Third, the court had heard proper argument. Even where those criteria were met, an application for a declaration in the abstract required particular justification (see [11] of the judgment).

In the present case, the threshold criteria for the grant of a declaration in the abstract were met: the issue was one of real and pressing concern for those exercising functions under MHA 1983 during the pandemic; the Trust plainly had an interest in the declaration sought as employer of the medical practitioners who would be affected by it; although the claimant and the Secretary of State were ad idem, opposing arguments had been canvassed before the court, including in particular by Mr A, as Advocate to the Court. There were also compelling reasons to decide the issue at the present time. It was in the public interest that those exercising powers under MHA 1983 should have certainty as to what was legally required of them. That would avoid the unlawful detention of patients and clarify the law, so that proper consideration could be given to the question whether any amendment was required, whether for the duration of the current pandemic or generally (see (12) of the judgment)

(2) Whether the declarations sought should be granted.

MHA 1983 s 11(5) provided that: ‘None of the applications mentioned in subsection (1) above shall be made by any person in respect of a patient unless that person has personally seen the patient within the period of 14 days ending with the date of the application’.

Section 12(1) provided that: ‘The recommendations required for the purposes of an application for the admission of a patient under this Part of this Act or a guardianship application](in this Act referred to as ‘medical recommendations’) shall be signed on or before the date of the application, and shall be given by practitioners who have personally examined the patient either together or separately, but where they have examined the patient separately not more than five days must have elapsed between the days on which the separate examinations took place.’

The question was whether ‘personally seen’ in s 11(5), and ‘personally examined’ in s 12(1), required the physical attendance of the person in question on the patient.

‘Personally seen’ in s 11(5) and ‘personally examined’ in s 12(1) required the physical attendance of the person in question on the patient. Accordingly, the declarations sought would be refused (see [62] of the judgment).

It was not appropriate to take the compound phrases ‘personally seen’ and ‘personally examined’, as used in the Mental Health Act 1959 (MHA 1959) and MHA 1983, and split them up, asking first what ‘examined’ or ‘seen’ meant, and then what ‘personally’ was intended to add. That was an artificial approach which failed to capture the true import of those compound phrases as they would have been understood in 1959 and 1983 (see [57] of the judgment).

Third, the meaning of the phrases ‘personally seen’ and ‘personally examined’ might, no doubt, depend on who or what was being examined or seen. In the present case, it was a patient (see [58] of the judgment).

The fact that the Code of Practice (see [5] of the judgment) required physical attendance and that the Secretary of State’s Guidance made clear that in person examinations were always preferable showed that, even today, medical examinations should ideally be carried out face-to-face. The fact that the Coronavirus Act 2020 made amendments to other parts of MHA 1983 did not assist one way or the other in construing the provisions the present court was considering, because the lack of amendments to sub-ss 11(5) and 12(1) could suggest, either an assumption that those provisions already authorised interviews and examinations by video-conference, or an assumption that they did not and an intention not to attenuate the requirement for physical attendance in that context. Either way, however, the 2020 amendments did show that, where Parliament considered that the pandemic necessitated amendments to the safeguards in the MHA 1983, it was willing and able to make such amendments. The decision whether to allow the AMHP/nearest relative to see a patient and/or to allow a medical practitioner to examine a patient by video-conference (contrary to the common understanding of all concerned, until the start of the current pandemic) would involve balancing two important public interests: the need to ensure that administrative deprivations of liberty were properly founded on objective evidence and the need to maintain the system of MHA 1983 detention given the exigencies of the pandemic. In the present constitution, the weighing up of competing and incommensurable public interests of that sort was for Parliament, even in times of national emergency (see [60] of the judgment).

The court bore firmly in mind that the construction which it was asked by the Trust and the Secretary of State to endorse would be applicable immediately and might remain in force for some time after the end of the current pandemic. The benefit of allowing any modifications to be made by Parliament was that, if they were considered necessary, a judgment might be made not to bring them into force; and Parliament could also consider whether they should be time-limited. Both those things were done in relation to the modifications for which CA 2020 provided. Those techniques offered a tailored way of addressing a time-limited problem. They confirmed the present court’s view that it was Parliament, and not the courts, that could best address the problems to which the pandemic gave rise in that area (see [61] of the judgment).

James Cornwell (instructed by the Government Legal Department) for the Secretary of State.

Jonathan Auburn (instructed by the Government Legal Department) as Advocate to the Court.