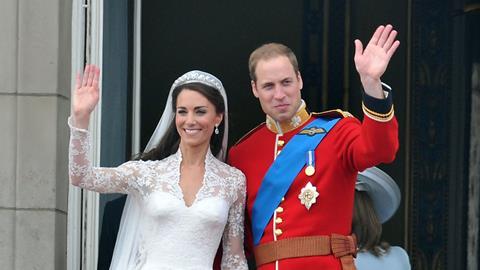 The Supreme Court dismissed an appeal by the claimants, who had all been arrested and held for short periods during the wedding of the Duke and Duchess of Cambridge before being released without charge.

Article 5 of the European Convention on Human Rights, so far as material, provides: '(1) Everyone has the right to liberty and security of person. No one shall be deprived of his liberty save in the following cases and in accordance with a procedure prescribed by law: … (b) the lawful arrest or detention of a person for non-compliance with the lawful order of a court or in order to secure the fulfilment of any obligation prescribed by law; (c) the lawful arrest or detention of a person effected for the purpose of bringing him before the competent legal authority on reasonable suspicion of having committed an offence or when it is reasonably considered necessary to prevent his committing an offence or fleeing after having done so’.

The wedding of the Duke and Duchess of Cambridge in April 2011 attracted great public interest. The defendant Metropolitan Police (the police) were aware of the potential for disruption and violence. The four claimants were arrested in separate incidents, on the grounds that their arrest was reasonably believed by the arresting officers to be necessary to prevent an imminent breach of the peace. They were held at police stations until the wedding was over and the police believed that a risk of a breach of the peace had passed. The periods of imprisonment varied between two and a half to five and a half hours.

The claimants commenced proceedings, contending that, among other things, their rights under article 5 of the European Convention on Human Rights had been breached. The Administrative Court dismissed the claim. The claimants appealed to the Court of Appeal, and from there to the Supreme Court.

First, the court considered the reasoning behind the use of article 5 of the Convention and whether the decisions to arrest, detain and release the appellants had been arbitrary. Second, the court considered the case of Ostendorf v Germany (2013) 34 BHRC 738 (Ostendorf), in which the majority of the court held that article 5(1)(c) of the Convention was incapable of authorising purely preventive detention, notwithstanding the existence of good grounds to believe an offence to be imminent, and that the person concerned had to be suspected of having already committed a criminal offence.

The claimants contended that the Court of Appeal had erred in not following that view, and that it was plain from the facts that their arrest and detention had been purely preventative. They contended that article 5(1)(b) was not applicable on the approach taken by the court in Ostendorf. The minority in Ostendorf held that article 5(1)(c) of the Convention was capable of authorising preventative detention.

The appeal would be dismissed.

(1) The fundamental principle underlying article 5 of the Convention was the need to protect the individual from arbitrary detention, and an essential part of that protection was timely judicial control, but at the same time article 5 could not be interpreted in such a way as would make it impracticable for the police to perform their duty to maintain public order and protect the lives and property of others. Those twin requirements were not contradictory, but complementary.

In balancing those twin considerations, it was necessary to keep a grasp of reality and the practical implications. If the police could not lawfully arrest and detain a person for a relatively short time (too short for it to be practical to take the person before a court) in circumstances where that was reasonably considered to be necessary for the purpose of preventing imminent violence, the practical consequence would be to hamper severely their ability to carry out the difficult task of maintaining public order and safety at mass public events (see [29]-[31] of the judgment).

There had been nothing arbitrary about the decisions to arrest, detain and release the claimants. They had been taken in good faith and had been proportionate to the situation (see [31] of the judgment).

(2) The view of the minority in Ostendorf was to be preferred. Article 5(1)(c) of the Convention was capable of applying in a case of detention for preventive purposes followed by early release, namely, before the person could practicably be brought before a court. The situation fitted more naturally within the language of article 5(1)(c) than 5(1)(b). On its plain wording, article 5(1)(c) covered three types of case, the second being when the arrest or detention of a person ‘is reasonably considered necessary to prevent his committing an offence.’ In order to make coherent sense and achieve the fundamental purpose of article 5, the qualification on the power of arrest or detention under article 5(1)(c), contained in the words ‘for the purpose of bringing him before the competent legal authority’, was to be read as implicitly dependent on the cause for detention continuing long enough for the person to be brought before the court.

The claimants would have had to be brought before a court to determine the legality of their continued detention, if it had been considered necessary to detain them long enough for that to happen. As to article 5(1)(b), the obligation had to be much more specific than a general obligation not to commit a criminal offence (or a breach of the peace). Such a general obligation did not acquire the necessary degree of specificity by focusing narrowly on the particular facts or by the person concerned being given a reminder of it in specific circumstances. There were also practical considerations. The police might find it necessary to take action to prevent an imminent breach of the peace in circumstances where there was not sufficient time to give a warning. Overall, there was a concern that, in stretching article 5(1)(b) beyond its previously recognised ambit, the majority in Ostendorf had found it necessary to impose limitations which, in another case, might leave the police effectively powerless to step in for the protection of the public (see [33], [38]-[40] of the judgment).

The decision of the lower courts that the claimants’ arrests and detention had been lawful under article 5(1)(c) of the Convention would be upheld (see [42] of the judgment).

Phillippa Kaufmann QC and Ruth Brander (instructed by Bhatt Murphy Solicitors) for the claimants; Sam Grodzinski QC and Mark Summers QC (instructed by Metropolitan Police Directorate of Legal Services) for the police; Ben Jaffey (instructed by the Government Legal Department) for the Secretary of State for the Home Department, as intervener.