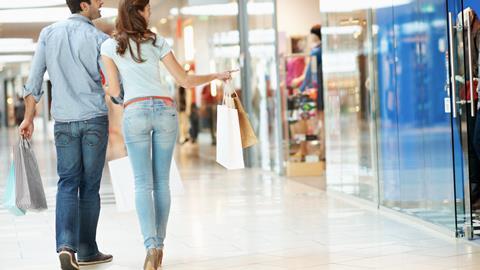 Restraint of trade by agreement: Lessor and lessee

The appellant company’s appeal succeeded, in a dispute concerning alleged restraint of trade in a covenant relating to the placing of the appellant’s shop in a shopping centre. The Supreme Court rejected the test in Esso Petroleum Co Ltd v Harper’s Garage (Stourport) Ltd, and held that the ‘trading society’ test in Cleveland Petroleum Co Ltd v Dartstone Ltd was to be preferred. Applying the appropriate test, at no time had the doctrine against restraint of trade been engaged.

Restraint of trade by agreement – Lessor and lessee – Enforceability of covenant

In 1979, a property developer (S) purchased land in Londonderry in order to build a shopping centre. In February 1981, he granted a lease to the appellant company. In the lease, S covenanted that any development on the site would not contain a unit of 3,000 square feet or more whose purpose was the sale of food or textiles. The appellant built its store and the centre opened.

Subsequently, S reassigned his interest in the land and the covenant to the respondent company.

The respondent appealed successfully. The appellant appealed to the Supreme Court.

Whether, and at what point, the doctrine had been engaged.

In terms of public policy, which was the foundation of the doctrine, there had been no explanation why a restraint ought to engage the doctrine if the covenantor had enjoyed a pre-existing freedom but why an identical restraint ought not to engage it if he had not done so. The conclusion was that the test in Esso did not deserve its place in the doctrine (see [44] of the judgment).

The phrase ‘trading society’, as used in Cleveland Petroleum Co Ltd v Dartstone Ltd[1969] 1 All ER 201, aptly described the appropriate test, for it reflected the importance attached on the one hand to freedom to trade and on the other to the enforceability of contracts in the interests of trade. It was the former which generated the doctrine, and the latter which kept it within bounds (see [26], [45] of the judgment).

Under the trading society test, a covenant which restrained the use of land did not engage the doctrine if it was of a type which had passed into the accepted and normal currency of commercial or contractual or conveyancing relations and which might therefore be taken to have assumed a form which satisfied the test of public policy. However, the proper rooting of that test in public policy itself generated a need to qualify it. Unlike the pre-existing freedom test, the trading society test was consonant with the doctrine (see [46], [47] of the judgment).

With appropriate hesitation, the court would depart from the test favoured by the majority in Esso. The objection to it was not just that the issue in Esso ought to have been resolved differently or the principle formulated differently there. The objections to the test were: that it had no principled place within the doctrine; that it had been consistently criticised for over 50 years and, although in some quarters loyally applied, the reasoning behind it had scarcely been defended; and that the common law had been limping between the continuing authority of the test in the English jurisdiction and its rejection in Australia and in parts of Canada (see [50] of the judgment).

Across the common law world, it had long been accepted and normal for the grant of a long lease in part of a shopping centre to include a restrictive covenant on the part of the lessor in relation to the use of other parts of the centre. There was no ground for considering that social changes required re-examination of the conclusion that, by reference to the trading society test, the covenant had, at no time, engaged the doctrine (see [51] of the judgment).

David Dunlop BL and Alistair Fletcher BL (instructed by A & L Goodbody (Belfast)) for the respondent.