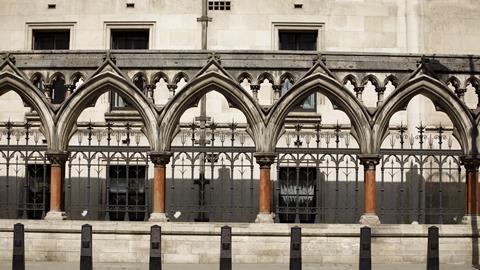 The Court of Appeal, Criminal Division, dismissed the appellant’s appeal against the variation of a confiscation order from £8,550 to £108,642.81. It also gave guidance on the matters to be taken into account when considering an application under s 22 of the Proceeds of Crime Act 2002, in particular, cases in which assistance to the authorities after a proceeds of crime order had been relied on in answer to a prosecution application under s 22.

In 2006, the appellant was convicted on three counts charging possessing controlled drugs with intent to supply. In confiscation proceedings, the benefit figure was set at £189,621.36 and, following variation, the available amount was £8,550. Therefore, the unsatisfied benefit figure was £181,071.36.

Following the appellant’s release from prison, he began in business and, in 2014, acquired a property. That acquisition alerted the authorities and, in 2016, the Crown Prosecution Service began proceedings, under s 22 of the Proceeds of Crime Act 2002 (POCA 2002), requesting the reconsideration of the available amount. In 2018, the recorder increased the confiscation order from £8,550 to £108,642.81. The appellant appealed.

Whether the discount should have been of the order of 75-80%, taking all the relevant factors into account, including that the appellant had operated as a covert human intelligence source from 2007 to 2014, during which he had provided valuable assistance to the police.

When considering an application under POCA 2002 s 22, the court had a broad discretion. That was clear from the provisions of s 22(4), and the use of the word ‘may’ and the phrase ‘believes to be just’ (see [29] of the judgment).

Although, like the recorder, the court was not aware of any case in which assistance to the authorities after a proceeds of crime order had been relied on in answer to a prosecution application under s 22, there was no reason, in principle, why it should not be deployed where the facts justified it. However, the court would bear in mind that a reduction in the amount ordered would have the effect of allowing the offender to benefit to that extent from his crime or crimes (see [30] of the judgment).

It was clear that assistance to the prosecuting authorities and to the police or the Revenue and Customs Commissioners was treated as a matter that should be taken into account in a defendant’s favour when it came to consideration of sentence. The assistance might be in statutory form under s 71-75 of the Serious Organised Crime and Police Act 2005 or outside the statutory regime in a form which was reflected in a ‘text’ put before a sentencing judge (see [31] of the judgment).

No certain rules applied as to the extent to which the assistance would be reflected in the adjustment of sentence. As in so many aspects of the sentencing process, the decision would be fact specific (see [32] of the judgment).

It would be necessary for the court to form a view as to the quality and quantity of the material provided by a defendant in the investigation and subsequent prosecution of crime. In general, that would be assessed by reference to the value conferred to the administration of justice by the defendant’s assistance. Particular value would be attached to those cases where a defendant provided evidence in the form of a witness statement or was prepared to give evidence at a subsequent trial and did so, with added force where the information either produced convictions for the most serious offences, including terrorism and murder, or prevented them, or which led to disruption to, or the break-up of, major criminal gangs. Considerations like those had to be put into the context of the nature and extent of the personal risks to and potential consequences faced by the defendant and the members of his family (see [33] of the judgment).

However, the court would take into account, not only the nature of the assistance, but also the terms on which it had been given: for example, whether the offender had been paid for such assistance and, if so, how much (see [34] of the judgment).

The weight to be attached to such matters as delay in bringing an application and assistance to the prosecution was for the Crown Court. The appellate court would not interfere with such findings unless a decision either involved an error of law or principle; or fell outside the judge’s discretion, in that no court properly directing itself in accordance with the law could have come to such a conclusion; or was fundamentally lacking in any underlying reasoning (see [35] of the judgment).

In the present case, none of those applied. The recorder had carefully analysed the issue of delay, finding no relevant delay had occurred after the application had been made, giving clear and compelling reasons for that conclusion, which were unassailable. Nevertheless, he appeared to have made some allowance for pre-application delay when assessing the ‘just’ amount, in accordance with POCA 2002 s 22(4) (see [36], [37] of the judgment).

The recorder had fully set out the nature of the appellant’s assistance to the police, its value, the risks involved at the time and in the future from providing such assistance, and the rewards he had received for it. He had concluded that the matters relied on by the appellant, viewed overall (taking into account an element to reflect the passing of time), had merited a 40% deduction to the available sum. The recorder had been fully entitled to come to that conclusion. His reasoning had been clear and compelling, it had involved no error of law or principle and it had resulted in the reasonable assessment of a ‘just’ sum (see [38] of the judgment).

The recorder had also considered the desirability of encouraging rehabilitation. He had properly directed himself that that consideration had necessarily had to cede to the important principle that criminals should be deprived of the proceeds of their crimes, although ultimately the court had been required to make an order that was ‘just’ in all the circumstances. It had been in that context that he had found that the appellant had fallen short of someone who had been entirely rehabilitated. There was no merit in the argument that the recorder had failed to give proper weight to that matter (see [39] of the judgment).

Ian Whitehurst for the appellant.

David McNeill for the Crown.