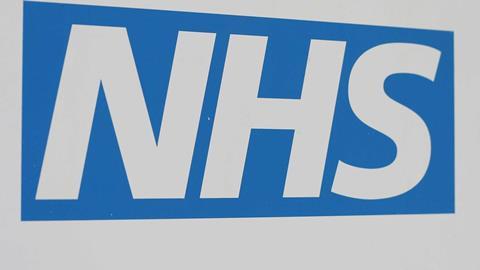 The appellants (the Secretary of State for Health and the NHS) unsuccessfully appealed against the decision of the Court of Appeal, Civil Division, by which that court had held that the requirement that the wrongful act at issue had to affect the third party's freedom to deal with the claimant was an essential part of the unlawful means tort, as decided by the House of Lords in OBG Ltd v Allan, Douglas v Hello! Ltd (No 3), Mainstream Properties Ltd v Young [2007] 4 All ER 545OBG), and was part of the ratio of that case. In dismissing the appeal, the Supreme Court held that the appellants had shown no good or sufficient reason why the court should depart from OBG in accordance with the Practice Statement (Judicial Precedent)[1966] 1 WLR 1234.

Since 1990, the first respondent company had sold a drug in the UK for the treatment of hypertension and cardiac insufficiency (the drug) and in 2004, it was granted a patent for the drug by the European Patent Office (EPO). In 2006, it obtained an interim injunction against a supplier of a generic version of the drug, restraining the supplier from selling the generic version in the UK. In 2007, the UK designation of the patent was held by the High Court to be invalid since it lacked novelty. That decision was upheld in the Court of Appeal in 2008. In 2009, the EPO Technical Board of Appeal revoked the European patent.

In 2011, the NHS, through the appellant Secretary of State, commenced proceedings against the respondent pharmaceutical companies (together, 'Servier') for damages and interest in excess of £220m for breaches of competition law and for the unlawful means tort. The unlawful means tort claim was based on the allegation that Servier had obtained the patent from the EPO and had defended the patent in both the EPO and the English courts on the basis of representations about the novelty of the drug which the respondent knew to be false or were made by the respondent with reckless indifference to their truth. The Secretary of State and the NHS (together, 'the NHS') alleged that Servier's wrongful actions had succeeded in delaying the introduction into the UK of a cheaper generic version of the drug, causing the NHS to pay higher prices than would otherwise have been the case.

Accordingly, it was alleged that Servier was liable for interfering with the NHS's economic interests by unlawful means. The relevant third parties for the purpose of the claim were the EPO and the English courts. At no time, however, had there been any dealings between the appellants and the EPO or the English courts. Servier applied to have the unlawful interference claim struck out because, even assuming that the NHS's factual allegations were true, there was no interference with either the EPO's or the English courts' freedom to deal with the NHS, and so an essential element of the tort was missing. The issue for the judge was therefore whether an unlawful means tort claim could succeed if the wrongful act of the defendant against a third party public authority did not interfere with the liberty of the public authority to deal with the claimant.

The NHS appealed to the Court of Appeal, Civil Division. The question of law for the Court of Appeal was whether an unlawful means tort claim could succeed if the wrongful act of the defendant against a third party public authority did not interfere with the liberty of the public authority to deal with the claimant. Servier contended that, even assuming that the NHS's factual allegations were true (which was disputed), there was no interference with the courts' freedom to deal with the NHS, and so an essential element of the tort was missing. The NHS contended that the unlawful means tort extended to an unlawful act against a third party, intending to cause loss to the claimant, irrespective of whether it affected any 'dealings' between the third party and the claimant, and, to the extent that OBG was contrary to that proposition, it was not binding precedent.

The Court of Appeal held that the majority of the House of Lords in OBG had found the dealing requirement to be a necessary element of the tort and that that had formed part of the ratio of its decision and was binding upon it. The Court of Appeal indicated that it would have followed that view of the majority even if not bound so to do.

(1) Whether the dealing requirement was part of the ratio of OBG.

The NHS contended that the dealing requirement should not be treated as forming part of the ratio of OBG so far as it applied to the present appeal. Alternatively, the Supreme Court should depart from OBG, at least to that extent.

(2) Whether OBG should be departed from.

The NHS contended that the dealing requirement was an undesirable and unnecessary addition to the essential elements of the unlawful means tort. It was said to be undesirable because it narrowly restricted the interest protected by the tort to the claimant’s economic interest in the third party’s freedom to deal or trade with the claimant. It was said to be unnecessary because the other elements of the tort, and in particular the instrumentality requirement, were adequate both to explain the existing authorities and to keep the tort within reasonable bounds. The NHS further argued that OBG was not consistent with earlier authority and in particular some general statements made by members of the House of Lords in Allen v Flood[1895-9] All ER Rep 52.They pointed out that none of their Lordships in that case had stated that there had been a dealing requirement and that some of their Lordships had spoken of the tort in general terms which had not require any particular kind of relations between the third party and the claimant, and in particular commercial or trading relations.

A fundamental difficulty for the NHS was that they needed to show that that was an appropriate case for the Supreme Court to depart from OBG in accordance with the 1966 Practice Statement: Practice Statement (Judicial Precedent)[1966] 1 WLR 1234.In that regard, it was well established that it was important not to undermine the role of precedent and the certainty which it promoted. Circumstances in which it might be appropriate to do so included where previous decisions were generally thought to be impeding the proper development of the law or to have led to results which were unjust or contrary to public policy. Even then, the court needed to be satisfied that a departure from precedent was the safe and appropriate way of remedying the injustice and developing the law (see [82] of the judgment).

Whiile the NHS could point to some academic criticism of the decision in OBG, they had not provided any real life examples of it causing difficulties, creating uncertainty or impeding the development of the law. Further, it was correct that neither Allen v Flood[1895-9] All ER Rep 52nor any other pre-OBG authority held that the dealing requirement was an essential element of the unlawful means tort. The House of Lords in OBG had been, however, considering and deciding what the essential elements of a tort of previously uncertain ambit should be. Its policy decision had been that it should include the dealing requirement. That was consistent with all previous decisions on the tort, since they were all dealing cases. The only example which the NHS had been able to provide of a case which had not involved dealing was Lonrho v Fayed[1991] 3 All ER 303and the reliance in that case on false representations made to the Secretary of State. However, all that had been decided in that case had been that the claim had been arguable, and that decision appeared to have been reached without any particular focus on the dealing issue (see [83], [89] of the judgment).

As to the speeches in Allen v Flood, anything said about circumstances in which a cause of action might lie was necessarily obiter. Further, it was a dealing case since the ironworkers’ actions had been directed at interfering with and stopping the shipyard’s dealings with the shipwrights. It followed that no question arose as to whether a cause of action could arise even if there were no such dealings. The NHS were not therefore able to point to any injustice which called for remedy by invocation of the 1966 Practice Statement. Nor could they show that their alternatives offered a safe and appropriate way of developing the law (see [90], [91] of the judgment).

The dealing requirement was part of the ratio of OBG. and no good or sufficient reason had been shown why the court should depart from OBG in accordance with the 1966 Practice Statement (see [100] of the judgment).