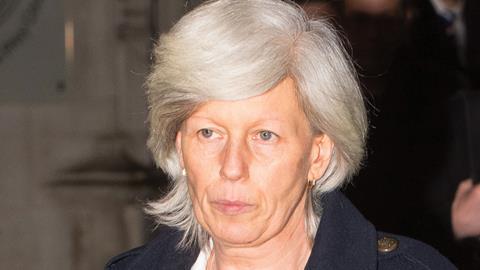 The Supreme Court allowed an appeal by the defendant charities and held that a judge’s award to the claimant of a lump sum following the death of her mother, in circumstances where the mother had excluded the claimant in her will and left her estate to various charities, had been made legally and in accordance with the principles in Inheritance (Provision for Family and Dependants) Act 1975. The sum of £50,000 was, in the circumstances, a reasonable provision.

Ilott v The Blue Cross and others

The claimant, who was an adult child and only daughter, had lived independently from her parent, the deceased testator, for many years, but was in straitened financial circumstances. The testator, given the estrangement from the claimant, had made no provision for her in her will, saying that she felt no moral or financial obligation to the claimant in view of the prolonged estrangement.

The testator left the majority of her estate, worth about £486,000, to charities. The claimant, whose financial circumstances were modest, applied under section 1(1) of the Inheritance (Provision for Family and Dependants) Act 1975, to remedy the situation. Under section 2 of the act, subject to matters in section 3 of the act, the court had the power to modify a will of a testator if satisfied that the will had not made reasonable financial provision for a limited class, including children, and those being maintained by the deceased at the time of death.

The High Court found that the judge had erred in law/principle in asking himself whether the deceased had acted reasonably rather than whether there had been a failure to make reasonable provision, and that he should have held that there was no lack of reasonable provision. The appeal on quantum did not arise. The claimant appealed to the Court of Appeal. The Court of Appeal held that the judge had made two ‘fundamental’ errors of principle. First the award should, in the light of the long estrangement and the claimant’s independent life and lack of expectation of benefit, be limited, but the judge had not identified what the award would have been without those factors and thus the reduction attributable to them.

Secondly, he had made his award of £50,000 without knowing what the effect of it would be upon the benefits which the claimant and her family presently received, namely that capital beyond £16,000 would dis-entitle the claimant from two of the benefits her family received (housing benefit and council tax benefit). The Court of Appeal made its own evaluation of the claim. It awarded the claimant (1) £143,000 to buy the house she lived in and (2) an option to receive a further £20,000 in one or more instalments. The charities appealed.

The issues were: (i) whether the judge had made an error in taking into account the nature of the relationship between the testator and the claimant; (ii) whether the award of the judge had little or no value to the claimant because of the impact on her state benefits. In relation to issue (ii), a central feature of the claimant’s financial position was that although the family could manage  on its income, that was at the cost of being unable to maintain the ordinary domestic equipment on which every household depended. The claimant had produced a list of the elementary household equipment which needed replacement.

The judge had not made the suggested or any error in taking into account the nature of the relationship between the testator and the claimant. In many cases that would be of considerable importance. If, by contrast with the present case, the claimant had been a child of the deceased who had remained exceptionally and confidentially close to her mother throughout, had supported and nurtured her in her old age at some cost in time and money to herself, and if she had been promised many times that she would be looked after in the will, it could not be said that the judge was required first to assess reasonable financial provision on the basis of some supposed norm of filial relationship, neither particularly close nor particularly distant, and then to lift the provision by an identified amount to recognise the special closeness between the two ladies. Without going through any such exercise, and yet adhering to the concept of maintenance, a judge ought in such circumstances to attach importance to the closeness of the relationship in arriving at his assessment of what reasonable financial provision required.

The long estrangement was the reason the testator had made the will as she had done. It meant that the claimant was not only a non-dependent adult child but had made her life entirely separately from her mother, and lacked any expectation of benefit from her estate. Because of these consequences, the estrangement was one of the two dominant factors in the case; the other was the claimant’s very straitened financial position. Some judges might legitimately have concluded that the very long and deep estrangement had meant that the deceased had no remaining obligation to make any provision for her independent adult daughter. As it was, the judge had been perfectly entitled to reach the conclusion which he had, namely that there had been a failure of reasonable financial provision, but that what reasonable provision would be was coloured by the nature of the relationship between mother and daughter (see [35] of the judgment).

(2) The concept of ‘reasonable financial provision’ was central to the jurisdiction to depart from the will.  The concept of maintenance was broad, but the distinction made in section 1(2) of the act, showed that it could not extend to any or every thing which it would be desirable for the claimant to have. It had to import provision to meet the everyday expenses of living. The level at which maintenance might be provided for was flexible and fell to be assessed on the facts of each case. It was not limited to subsistence level (see [12], [14], [15] of the judgment).

If the judge had produced an award which had little or no value to the claimant because of the impact on the state benefits and that had been done in ignorance of the true position, it might have been a legitimate error of principle justifying an appellate court in setting aside his order. However, the award had not been made in ignorance and it had not been an award of little or no value to the claimant. The judge had referred to the claimant’s list, which was regarding necessities for daily living he had held that they could sensibly fit within the concept of maintenance. That kind of replacement of essential household items was not such an indulgence; rather it was the maintenance of daily living.

Moreover, how the claimant might use the award of £50,000 was up to her, but if a substantial part of it were spent in that manner, the impact on the family’s benefits would be minimised, because she could put the household onto a much sounder footing without for long retaining capital beyond the £16,000 ceiling at which entitlement to housing and council tax benefits was lost (see [39]-[41] of the judgment).