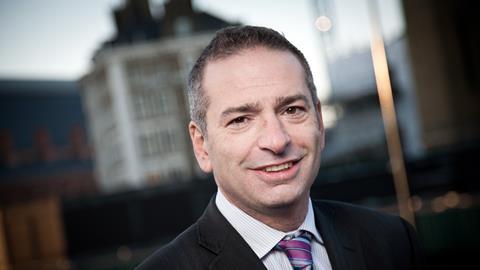 Action was on brink of 'collapse’, practitioner groups reveal

The nationwide boycott of new legal aid work was on the brink of collapse after some big firms were ready to pull out of the action, practitioner groups leading the protest revealed this afternoon.

The revelation appears in a briefing note for the introduction of a new protocol for the action, which began on 1 July. The protocol, which came into effect today, allows solicitors taking part in the boycott to carry out police station and magistrates’ court work, in effect restricting the boycott to Crown court work.

In a statement to members this lunchtime, London Criminal Courts Solicitors’ Association president Jonathan Black (pictured) and Criminal Law Solicitors' Association vice-chair Robin Murray said: ‘To maintain action for three weeks was phenomenal. We struggled to keep it together over the last week as the big firms were ready to pull out.’

The support from the big firms, they said, 'was the glue that gave smaller firms the confidence to stick together.' However ‘when the bigger firms couldn’t sustain the action and indicated an intention to withdraw entirely we anticipated that it would collapse as the backlog of duty calls would be met by a surge of firms prepared to deal with these cases; and the magistrates’ court would continue “business as usual”.

‘At this critical stage last week we persuaded these firms to remain involved on the basis of no representation in the Crown court.’

Black and Murray said they did not consult members about the new protocol because ‘we simply did not have time. The Big Firms Group wanted to go live on Monday, with [Thursday's] meeting with the lord chancellor looming it was vital they held off for as long as possible.

‘Any driver knows that to avoid an accident you drive into the skid and that’s what we had to do.’

Adam Makepeace, practice director at Tuckers, one of the key members of the BFG, told the Gazette there had been ‘extensive’ discussions between the practitioner groups in which it was agreed ‘that action needed to be put on to a sustainable footing if it was going to be maintained for the longer term’.

Makepeace said the BFG voiced concerns from some of its members as well as concerns from other small, medium and large firms in areas in which the 37 BFG firms operate.

He said: ‘There was considerable variance of opinion with regards the timing of the implementation of the new protocol. The fact that the protocol has now been implemented means that any areas of disagreement on timing are behind us and BFG firms remain committed to this action.’

The LCCSA, CLSA and BFG met Michael Gove at the Ministry of Justice’s headquarters in London yesterday. The Criminal Bar Association said it was not invited.

The CBA said this morning it will hold an emergency meeting on Monday to consider what its chairman called ‘a major change of position’ by solicitors.

A message from Tony Cross said the protocol, which he said the CBA had no input into, ‘marks a major change of position by our solicitor colleagues, and appears to alter fundamentally the basis upon which our members voted to support solicitors’ action’.

However, Black and Murray said they showed the CBA the protocol before it was issued.

They said the CBA 'understood as to how and why we were in this position, but in fairness was as anxious as we were for us to wait [until] after the meeting with the lord chancellor. It was also discussed that [the CBA] would forward on to us the name of an officer who was to attend the meeting with us as a watching brief.’

Black and Murray said they did not dismiss ‘the feeling of betrayal but it is misconceived especially as we went out of our way to show the protocol to the CBA before it went out’.

Meanwhile they hoped the solicitors’ and criminal bar’s campaign could ‘still run in conjunction’.

The MoJ declined to comment on the change of tactics by solicitors.