Most barristers want to keep the chambers model and claim they can adapt to changes in the legal market while retaining the traditional set up, research from the bar’s regulator has shown.

According to a report published today by the Bar Standards Board, while ‘new and innovative’ business models are available, most barristers would prefer to keep the status quo for the self-employed bar.

The ‘provision of legal services by barristers’ report summarises the results of an online survey conducted by the BSB at the end of last year. The survey, designed by Pye Tait Consulting, sought answers from barristers on their chambers' or company’s business models and the potential reasons for any changes they may make, including on whether to become a licensed entity or alternative business structure.

Of the 1,172 barristers surveyed, 199 (17%) responded. The survey found that barristers consider that the main drivers for changing their model are: meeting an unmet client need for legal services; needing to respond to competition in the market; and changing client expectations (for example fixed fee payment structures). 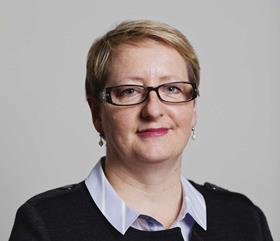 However, the responses showed that most respondents did not feel the need to adopt a new approach.

’The pace of change is therefore likely to be slow, with radical change sector-wide seeming unlikely in the near future,’ the report said.

However, the results did not rule out change in the future.

The report said although there was an appetite for a ‘more dynamic and client-led model’, the extent of this appetite is currently limited with no clear view on when the ‘tipping point’ might be.’

Vanessa Davies, the BSB’s director general, said: ‘Improving access to justice, promoting the interests of consumers and promoting competition in the provision of legal services are key objectives of the BSB.

‘The chambers model seems likely to continue to serve consumers well in the future but our role as the regulator is also to enable barristers who do want to innovate to do so, through flexible regulatory arrangements,’ she added.

Last week, the Gazette reported that the BSB had approved its first ABS, an entity in which barristers and football agents will work together.