The UK will retain its 'fundamental commitment' to the European Convention on Human Rights following the passage of the Bill of Rights, the lord chancellor said this morning. The proposed measure 'will strengthen our UK tradition of freedom whilst injecting a healthy dose of common sense into the system,' Dominic Raab MP pledged ahead of the bill's introduction to parliament.

A Ministry of Justice statement said that the bill 'will ensure courts cannot interpret laws in ways that were never intended by parliament and will empower people to express their views freely.' 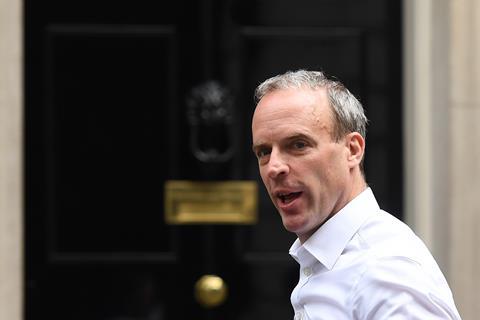 It will help prevent trivial human rights claims from wasting judges’ time by introducing a 'permission stage' in court requiring people to show they have suffered a significant disadvantage before a claim can go ahead.

The bill will make clear that the UK Supreme Court is the ultimate judicial decision-maker on human rights issues and that the case law of the European Court of Human Rights does not always need to be followed by UK courts, the statement said.

According to the government, the measure will also:

'This will be achieved while retaining the UK’s fundamental commitment to the European Convention on Human Rights,' the statement concluded.

UPDATE: The bill was introduced to parliament at 1236 today following a statement by the speaker of the House of Commons that he was 'extremely disappointed' at the prior release of details to the media. 'That is simply not acceptable,' Sir Lindsay Hoyle said.