Two men who helped to stage a ‘cash for crash’ accident have been convicted of manslaughter after one of their victims died following the collision.

Sabir Hussain and Raja Hussain were each found guilty of manslaughter and conspiracy to commit fraud by false representation. A third man, Shahrear Islam Miah, was convicted of the second offence but cleared of manslaughter.

R v Hussain and Others, held at Leeds Crown Court, was almost unprecedented as it was completed without a jury: the judge had dismissed jurors after approaches were made to them and bribes offered when the building was evacuated following a fire alarm set off during proceedings. 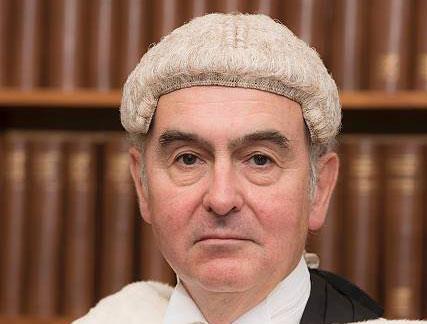 On 22 February, Mr Justice Goss was part way through his summing up when he applied the provisions of the Criminal Justice Act 2003 to proceed without a jury. It is believed to be only the second time a judge has taken this course in a Crown court trial.

Goss said there had been a ‘concerted attempt to tamper with the jury’, with approaches made to five of them by at least two people. One juror also revealed he had been approached as soon as he arrived at court last week.

In his judgment, the judge stressed he ignored the attempts to influence the outcome of the trial for the purposes of his verdicts and did not hold it against any of the defendants.

The court heard the two-car collision that led to the charges was in September 2014 in the Beeston area of Leeds. The front-seat passenger in one car, 88-year-old Betty Laird, died the same day from injuries suffered in the crash. The driver of the car, Geoffrey Grimshaw, died a few days later but not as a result of the crash.

The court heard the defendants had spied an opportunity to stage a crash as the victims’ car turned right across their lane ahead of them.

Sabir Hussain, 25, was alleged to be the driver of the other vehicle, with Raja Hussain, 31, accepting he was the front-seat passenger. Miah, 26, was a rear-seat passenger.

A fourth man, Mohammed Ubaidullah, claimed at the time of the collision to be the driver but later said that was a lie and he was in fact sitting behind the driver.

Ubaidullah pleaded guilty in June last year to the manslaughter of Betty Laird and conspiracy to commit fraud by false representations.

The court heard Ubaidullah had been seeking compensation for a false injury as it was ‘easy and a financial gain’. The car used in the crash was bought and insured less than a week before it was staged.

The court heard the victims’ car had been turning right across oncoming traffic when it was in a collision with the defendants’ car. Ubaidullah gave evidence in court that a front passenger in his car had said ‘there’s a chance; go, go, go’ seconds before the collision.

The court heard Sabir Hussain was involved in two collisions, one either side of Betty Laird’s death, in which claims were made for personal injuries when none appeared to have been sustained. Miah had a similar history with regard to making claims following a collision in which he was the driver.

Goss said there was evidence of both Sabir Hussain and Miah being involved in deliberate collisions to make false insurance claims, around the time of the crash at the centre of the trial.

He concluded that the collision in September 2014 was an unlawful act that carried the foreseeable risk that some injury might be caused, and in fact caused the death of Betty Laird. Miah was cleared of manslaughter as the judge could not be sure he was in the car at the time of the collision.