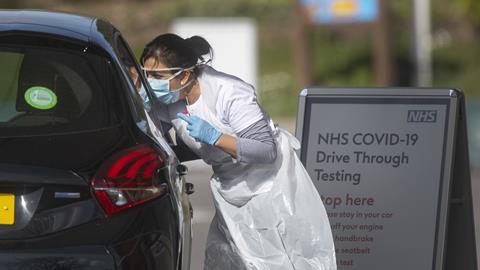 Courts in the UK would have jurisdiction to hear some of the international claims for trillions of pounds in damages that could be brought against China over the Covid-19 pandemic, a thinktank claims today. A report by the UK-based foreign policy group the Henry Jackson Society estimates that what it calls 'patent breaches' of international health regulations have cost the G7 nations alone at least £3.2 trillion.

According to the authors, the Chinese government’s early handling of the coronavirus outbreak and failure to adequately report information to the World Health Organisation breached the International Health Regulations. These regulations, adopted in 1969, place obligations on states to prevent highly-transmissible diseases.

The report concedes that, 'like other authoritarian states, China abides by laws and treaties when Beijing believes that it is in its interests to do so, and ignores them when it is not'.

However, 'even a state as averse to the rule of law as China has engendered a series of potential liabilities'. Claims over breaches of the International health Regulations could potentially be heard at international forums such as the International Court of Justice and Permanent Court of Arbitration as well as domestic courts in other nations.

In such courts, the report claims, China might not be shielded by the principle of sovereign immunity. For example, while the UK's State Immunity Act 1978 affords broad privileges to states, it contains eight exemptions relating to damage done in the UK. 'A case that addresses matters related to commercial transactions and contracts to be performed in the UK or indeed acts in the UK (including potentially disinformation) that led to personal injury or damage may be justiciable within the UK courts,' the report concludes.