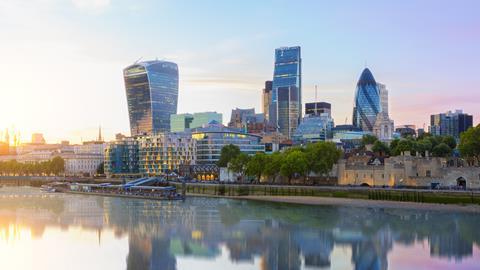 A leading City lawyer has warned the best graduates in Europe are increasingly likely not to study law in England following the Brexit vote.

One year on from the decision to leave the European Union, Freshfields consultant Jonathan Kembery, chair of the professional rules and regulation committee of the City of London Law Society, said firms are now worried about a ‘talent drain’ from the UK to other jurisdictions.

Kembery told a Solicitors Regulation Authority conference in London that the City wants clarity to ensure it can continue to attract the best young lawyers. One immediate assurance it could offer, he said, would be confirmation that the UK will accede to the Hague Convention after leaving the EU to clarify rules on jurisdiction and the recognition and enforcement of judgments.

He said: 'Right now, if you are a lawyer from Poland or Portugal and thinking about the post graduate qualification, do you study English law in the UK or go to New York to study? You are more than likely to go to the States, which is going to sap our ability to absorb talent - the critical thing our businesses depend upon is getting in talent.

'The problem is one of uncertainty. Getting through that period as fast as we possibly can is the right way as people are making decisions about their careers.'

The City of London Law Society has already made clear the importance of maintaining an effective competition regime in the UK after Brexit. It has also lamented the UK could lose influence over EU competition policy in the long term, with a significant potential detriment to UK business.

It is being reported that Britain's finance industry will warn the government next week to limit ministers' powers to change legislation when it starts converting EU law into domestic legislation.

A draft report commissioned by lobby group TheCityUK and written by magic circle firm Linklaters, seen by Reuters, says the passporting exercise is an 'overwhelming task' which could create gaps in the law and undermine legal stability.

Reuters says the reports states: 'It is inevitable that some issues will slip through the net and throw up illogicalities, gaps or ambiguities.'