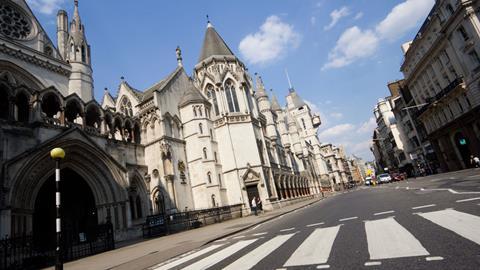 The High Court has reversed a costs order on appeal after a successful defendant had initially been forced to pay most of the losing claimant’s costs.

In the county court, the defendant had been ordered by His Honour Judge Rawlings to pay 60% of the claimant’s costs despite the claim being dismissed. This was because the defendant ran a defence of fundamental dishonesty which turned the case from a one-day fast-track to a two-day multitrack claim.

The defendant argued on appeal the judge was wrong to dismiss the fundamental dishonesty defence and wrong in any case to make the costs order.

It was heard that following an RTA in 2016, David Pegg had claimed for injury and losses allegedly suffered, namely soft tissue injuries to the neck, left elbow and left knew together with £426 physiotherapy charges. Injuries were expected to last at most six months, and Spencer noted that even at its highest this was a low-value claim.

At trial, the defence had argued that the collision happened and was not staged, but also contested the damages claimed, alleging that the claimant had so exaggerated his injuries and misled the medical expert in the case that he had been fundamentally dishonest. On appeal, defendant lawyers accepted there had been a collision, but said the judge ignored matters which were ‘staring him in the face’ by not making a finding of fundamental dishonesty, based on what Pegg told the medic about his history of previous injuries and progress of physiotherapy.

Spencer concluded no judge ‘could reasonably have failed to have come to the conclusion that the claim for damages as presented by the claimant was a fundamentally dishonest one’.

He added that in this case, dishonesty as to the extent of the injuries would be fundamental because it formed the basis of the claim. If the presentation of the claim was dishonest, it followed this was fundamental dishonesty.

The judge ruled that the parties should share some of the costs, given the defendant had failed to prove the accident was bogus and that significant court time was given over to that issue. The judge commented that the claimant had ‘somewhat boldly’ asked for the defendant to still pay 40% of his costs – a submission which was rejected. Instead Spencer ruled that Pegg should pay 70% of the defendant’s costs, assessed on the indemnity basis.