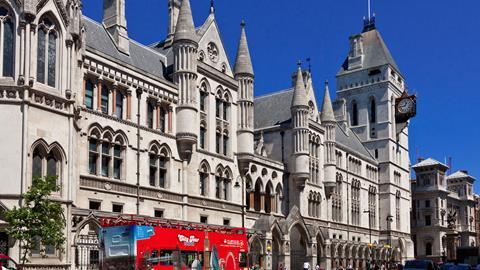 In a single judgment, Mr Justice Foskett overturned three rulings in which Irwin Mitchell had lost the right to recover success fees and insurance premiums from defendants after changing funding arrangements prior to the Legal Aid, Sentencing and Punishment of Offenders Act coming in to force.

The firm now says it has 85 costs claims still be settled on the issue, with several more expected from other practices.

In each of the three separate clinical negligence cases, the claimants had been successful but their recovery of the success fee and after-the-event (ATE) premium was challenged by the NHS Litigation Authority.

Each case had proceeded for several years before changes to funding rules in April 2013, when recoverability of ATE insurance and success fees was stopped, but a 10% uplift was made to damages.

In advance of the new regime, Irwin Mitchell solicitors acting for the claimants arranged to switch from legal aid funding to a conditional fee agreement.

In each case, litigation friends of the claimants were not told that a consequence of changing funding arrangements was missing out on the 10% damages uplift, worth between £16,695 and £28,000 for the different claimants.

The uplift principle was established in Simmons v Castle and was the tipping point for the original judges in these three cases to decide that switching funding arrangements was unreasonable.

Claimant lawyers argued that the so-called ‘CFA-lite’ limited the payment of a success fee to what is recovered from the paying party and was risk-free from the claimants’ perspective.

Under legal aid funding, they added, it was open to a court to make an order against the party if they lost the case to pay costs in future – what is known as a ‘football pools order’. A claimant with an ATE policy, however, would not have this anxiety.

In Surrey v Barnet & Chase Farm Hospitals NHS Trust, Mr Justice Foskett said the 10% issue should have been mentioned to each of the litigation friends, but any failure to do so was a matter for them and their solicitors, not the defendant.

Detailed assessments, he said, should be kept as ‘simple and straightforward as possible’ and only in ‘wholly exceptional’ cases should the litigation friend have to revisit the funding issue.

Foskett said the improvement in choosing the 10% uplift over a CFA was ‘marginal’ and not something any reasonable claimant would hold out for.

Following the ruling, Irwin Mitchell said the judgment confirmed it had acted reasonably and in the best interests of clients.

A spokesman said: ‘The advice we gave was during a period of unprecedented reform in the legal sector but, if we were in the same position now with the same set of clients, we would give the same advice again.

‘The NHSLA has already settled a substantial number of similar cases with us and this judgment now sets out clear directions for how similar remaining cases should be approached. We hope the NHSLA will engage with us to resolve outstanding cases as soon as possible.’