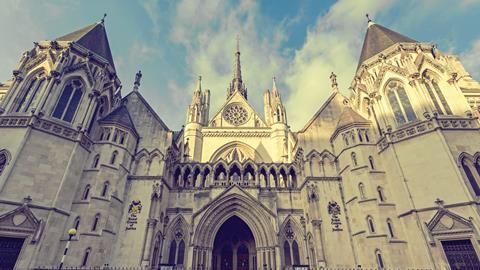 The Jackson reforms, culminating in the Legal Aid, Sentencing and Punishment of Offenders Act, abolished the recovery of success fees and ATE insurance premiums with a new system of qualified one-way costs shifting.

The exception to this was in relation to ATE policies covering the cost of medical reports addressing liability and causation in clinical negligence cases. Where the value of the claim is more than £1,000, these can still be recovered.

But the Jackson reforms also led to new provisions in the Civil Procedure Rules, which stipulated that the court will not allow costs which have been unreasonably incurred or are unreasonable in amount. Costs will be allowed only if they are proportionate.

This case attempted to decide how costs that are still recoverable can be judged reasonable and proportionate.

Two claimants will recover their full after-the-event (ATE) insurance premiums after the Court of Appeal handed down a landmark ruling for the clinical negligence sector today.

The judgment also includes guidance on the application of new reasonableness and proportionality rules, and an admission that there is an 'absence of consistency' in how bills are assessed. The potential significance of these appeals led the court to order a fact-finding hearing before two assessors who provided a detailed report on wider issues.

This decision potentially brings resolution to an 18-month stand-off during which NHS Resolution has been accused of seeking to stay the assessment of ATE premiums, waiting for the outcome of these cases.

In bringing the underlying claims, which both settled without proceedings being issued, the claimants took out insurance with block-rated premiums of £4,800 plus insurance premium tax. When the first assessment came before the courts in 2016, the West premium was reduced to £2,600 on the grounds it was unreasonable, and reduced to £650 in Demouilpied on the grounds it was disproportionate. West had settled the case for £10,000 damages; Demouilpied for £4,500.

On reasonableness, the Court of Appeal found:

On proportionality, key findings were:

The appeal judges stressed that they were anxious not to restrict other judges or force them to follow inflexible or overly-complex rules when assessing a bill. They also said that no paying party is automatically bound to accept the reasonableness of whatever premium has been paid.

'The fact that ATE insurance provides access to justice does not mean that the relevant premium must automatically be regarded as reasonable,' the judges added.

'We recognise, of course, that in the future points may arise as to the reasonableness of such premiums as they and the market change,' they added. 'If and when they do, they ought to be addressed by way of a group of test cases.'

Nick McDonnell, director at costs firm Kain Knight, which acted for ARAG, said: 'The Court of Appeal’s judgment in these appeals provides eagerly anticipated guidance regarding, not only the proper approach to be taken as to the "new" proportionality test on costs but also, crucially, the reasonableness and proportionality of ARAG’s block-rated clinical negligence premiums.'