'Clean sweep' of old sentencing law could save £250m

The Law Commission has proposed a 'clean sweep' of old sentencing law which it says could save more than £250m in a decade by avoiding unnecessary appeals and sentencing delays.

The commission, which published its code today, says judges have to deal with more than 1,300 pages of law filled with 'outdated and inaccessible' language. The law is contained in more than 65 different acts of parliament and is not coherently structured. The commission says this makes it difficult for judges to identify and apply the law they need, which can slow the sentencing process and lead to mistakes.

Anyone convicted under the commission's code, should it come into force, would be automatically sentenced under current law. As well as making the law comprehensible and clear, the commission the code will ensure legislation is drafted in gender neutral terms. Much of the current legislation refers to 'him' and 'his' when referring to the offender or victim. The commission has drafted the code as a consolidation bill, which combines existing acts of parliament on the same subject into a single act. As a result, this would take up minimal parliamentary debating time as it would be scrutinised by a joint committee. 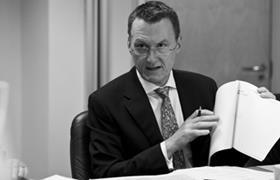 Law commissioner Professor David Ormerod QC said current sentencing laws are not up to standard: 'The public expect clear, transparent and most of all fair judgments. Far too often this is not the case.'

Responding to the code, justice minister Rory Stewart said: 'Any measures to reduce complexity and increase efficiency in our courts are welcomed - especially if they lead to greater clarity in sentencing. We are grateful for the Law Commission’s report on this important area of law. We will carefully consider the recommendations and respond fully in due course.'

The commission signalled last year that it would seek to significantly tidy up sentencing legislation. More than 1,400 people responded to its consultation.

The Howard League for Penal Reform and Just for Kids Law, which submitted a joint consultation response, welcomed the recommendation that the government consider whether the word 'child' or an analogous phrase should refer to those convicted under the age of 18 in future legislation, and whether the code should be amended to adopt this language.

Dr Laura James, legal director at the Howard League, said: 'Sentencing a child is a serious business that may result in a prison sentence. It is crucial that the law governing sentencing is in keeping with developments in other areas of law and our international obligations towards children. But on a more basic level, language matters. Recognising that under-18s are children is a simple first step to make sure sentencers adhere to the welfare principle.'