While all eyes are on the Supreme Court tomorrow for its decision on whether a man and a woman should be allowed to enter into a civil partnership, a prominent family lawyer is urging parliament to focus its attention on 'the more pressing issue' of protecting vulnerable cohabitants.

The UK's highest court will reveal tomorrow whether the bar on different-sex couples entering into civil partnerships breaches Rebecca Hannah Steinfeld and Charles Robin Keidan's rights under articles 8 and 14 of the European Convention on Human Rights.

The government expects to consult on the 'future operation' of civil partnerships in 2020. 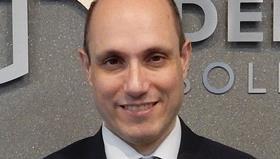 He said: 'The existing law is discriminatory in particular for women who have brought up children within a family relationship for perhaps 20 or even 30 years to be left in poverty because only the financial contribution of their significantly wealthier partner is taken into account.

'It is not right or fair that the children of such relationships fare worse than children of married couples should their parents separate or one of them are left bereaved.

'Introducing such remedies would enable such women to obtain financial redress for them and their children as of right from their wealthier partners without reliance on the state and increasing strain on social security.'