Commercial courts in England and Wales may need to adopt the civil law practice of expert assessors sitting alongside judges, the lord chief justice has said. 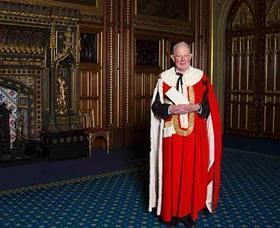 In a speech at Aston in March - circulated by the judiciary yesterday - Lord Thomas of Cwmgiedd warned against complacency in the face of global competition for dispute resolution, especially if judges fail to keep abreast of technological and commercial trends. The speech, published following the London inauguration of a global forum of commercial courts, also stresses the need to learn from overseas jurisdictions.

As potential threats, Thomas cited France, which has re-written contractual law as well as Singapore which 'has been developing its contract law so that it provides the certainty that some argue English contract law has to a degree lost'.

Among innovations that could be adopted are:

He blamed failure to take up the use of assessors on two factors. First, the adversarial tradition of English courts. 'It is very difficult to make any inroads into that culture'. The second factor is that the use of an assessor is 'pereceived as enabling the judge to take greater control over the evidence coming before the court.

'But times are changing,' he said. ‘Given the ever-increasing rapidity of change in science and commercial practice, we can no longer afford to think of reasons for objecting to the provision of neutral assistance to a judge by those at the forefront of our changing commercial and scientific worlds. If we fail to change and remain mired in the culture of the past, then the development of our law in keeping up with such change is put seriously at risk.’

Failure to adopt innovations might lead to a retreat to the days before the Commercial Court was established in the 1890s, when 'judicial expertise was, to borrow a phrase, a matter more of luck than judgment'. As a cautionary tale, he cited the 1891 case of Rose v Bank of Australasia 'on a subject which Lawrance J knew next to nothing'.