A costs master has made what has been hailed a landmark decision to uplift four costs bills claimed for Court of Protection work.

The application was made by four different firms, represented by Leeds practice Clarion, who argued that the 2010 guideline hourly rates did not recognise the specialism of the work or high overheads, and also that the rates did not reflect inflation in the past 10 years.

Following a hearing in May, Master Whalan stressed that he was not able to change the rates – only the Civil Justice Council had that power – but he could establish the court’s approach to guidelines rates. He rejected the argument that costs burdens were any higher in Court of Protection work, but did accept that rates should be subject to ‘some form of periodic, upwards review’.

In PLK & Ors, the master said that if hourly rates claimed fell within around 120% of the 2010 guideline rates, they should be regarded as ‘prima facie reasonable’, albeit still subject to assessment.

He added that costs officers, who handle around 8,000 Court of Protection bills a year, should in future exercise some ‘broad, pragmatic flexibility’ when applying the 2010 rates to hourly rates claimed. The master approved costs higher than the GHR in all four cases, and produced a table for future guidance applying a 20% uplift on 2010 figures (see below). The bills had been presented by Wrigleys Solicitors, Freeths LLP, Boyes Turner LLP and Gillhams Solicitors for amounts ranging from £29,000 to £124,000.

Following the ruling, Stephanie Kaye, head of Clarion’s Court of Protection costs team, said: ‘This outcome is very welcome news for COP practitioners, providing overdue ratification for the vital work they conduct. Importantly, the outcome will mean that this crucial area of work continues to be sustainable.’

The Professional Deputies Forum, which represents around 5,700 solicitor appointed deputies, said the ruling provided reassurance for those working in the sector. 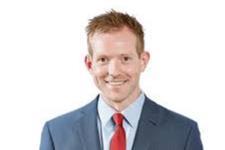 PDF director Alexander Wright, whose firm Boyes Turner was one of the parties to the appeal, said: ‘Many members were worried for the survival of this practice area if the rates weren’t adjusted in some way for inflation. Now they have the relief in knowing that their work will be more reasonably remunerated.’