Court of Appeal limits discretion in departing from Part 36 convention

The Court of Appeal has overturned a decision to punish a claimant accused of dishonesty who had been made to pay 18 months-worth of extra costs.

On first instance, the High Court had ordered that the claimant not only be punished for late acceptance of a Part 36 offer, but that she should pay legal costs going back a previous year and a half, to when she purportedly began to mislead the defendant about the effects of her accident.

But in Tuson v Murphy, Lord Justice Bean said that despite the claimant’s material non-disclosure, the judge’s exercise of his discretion was ‘flawed’ and the appeal should be allowed.

The appeal judge stressed that it was usually right to apply the default costs rule in a case where the facts were known to the defendant’s advisers at the time of the Part 36 offer, and where those circumstances did not change significantly before the offer was accepted.

The claimant had given up her teaching job in September 2013 after a riding accident three years earlier and initially valued her claim at more than £1.5m on the basis she would not work again. 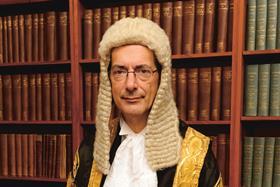 But she obtained a franchise in a playgroup organisation in November 2013 and ran her first session two months later: in her first witness statements from April 2014 she did not mention this new venture. By September 2014 she had ceased the playgroup activity and the franchise was transferred in January 2015. She remarked in a subsequent statement she was subject to ‘upsetting attacks’ from the defendant about her credibility.

In September 2015, the defendant’s solicitors made a Part 36 offer of £352,060, with costs paid on the condition it was accepted within 21 days. It was not until the start of December that the offer was accepted.

On appeal, Bean LJ said the defendant’s representatives made the Part 36 offer ‘in full knowledge’ of the claimant’s material non-disclosure. He said it was ‘too broad a brush’ to say the decision about costs was entirely a matter of discretion, even in a case where a party might have behaved dishonestly.

Quoting Mr Justice Andrew Baker in Tiuta PLC (in liquidation) v Rawlinson & Hunter (a firm), he added: ‘The defendant must be taken to have been content to compromise on the basis of paying the claimants’ costs on the standard basis to the end of the relevant period by reference to his assessment of matters as they stood when the offer was made.

‘If nothing is shown to the court clearly to upset or undermine that assessment, there will almost always be nothing unjust about holding the defendant to it.’

The appeal was allowed and the claimant ordered to pay just the extra costs incurred by her delayed acceptance of the Part 36 offer.