Conveyancers are likely to pay closer attention to the Japanese knotweed section on the Law Society's property information form after the Court of Appeal dismissed a challenge by Network Rail in relation to private nuisance claims.

Neighbours Stephen Williams and Robin Waistell, who own adjoining semi-detached bungalows in South Wales, issued private nuisance claims in 2015 against Network Rail, arguing that the Japanese knotweed on its land encroached on their properties and interfered with their quiet enjoyment of, and caused a loss of amenity in respect of, their properties by reducing their market value. 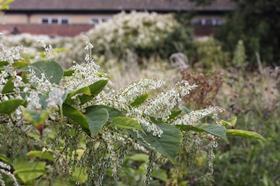 Knotweed is notorious for its fast growth, through its underground roots or rhizomes. It can block drains, grow between slabs of concrete drives, disrupt brick paving, undermine garden walls, and overwhelm outbuildings and conservatories. It also difficult to eradicate.

In a judgment handed down in February 2017, the recorder in the Cardiff County Court found that Network Rail's breach of duty had caused a continuing nuisance and damage. The Court of Appeal, in a judgment published today, upheld the recorder's February 2017 decision - but for different reasons.

Sir Terence Etherton, master of the rolls, said the recorder was wrong in principle to conclude that the presence of knotweed on Network Rail's land within seven metres of the claimants' properties was an actionable nuisance 'simply because it diminished the market value of the claimants' respective properties, because of lender caution in such situations'.

Etherton said the purpose of the tort of nuisance 'is not to protect the value of the property as an investment or a financial asset'.

However, he disagreed with the recorder's decision to reject the claim in nuisance based on the spread of the knotweed rhizomes on the claimants' properties. Japanese knotweed and its rhizomes can be described as a 'natural hazard', Etherton said. 'They affect the owner's ability fully to use and enjoy the land. They are a classic example of an interference with the amenity value of the land.'

Following the ruling, a Network Rail spokesperson said: 'As many gardeners know, Japanese knotweed is invasive and requires several years of treatment to remove. Once identified, Japanese knotweed growing on our land is entered into a treatment programme. We will continue with this established regime, which complies with legislation and helps us run a safe, reliable railway. Network Rail is aware of today’s ruling by the Court of Appeal and is considering its implications.'

Lincolnshire firm JMP Solicitors, which represented Williams, says it has hundreds of cases against public bodies and new home builders who have not addressed the knotweed problem.

The Law Society's TA6 property information form requires sellers to state whether the property is affected by Japanese knotweed. JMP Solicitors warned: 'If you answer untruthfully "no" or "don't know", your buyer can come back to you and either rescind the contract or get damages from you as the property is now worth a lot less than they thought.'