A personal injury claimant who mistakenly settled for one tenth the figure they intended has been told they must accept the outcome of the error.

The ruling of Deputy District Judge Doman, sitting at Truro County Court, in Mahoney v Royal Mail is further evidence of the court’s refusal to apply the common law doctrine of mistake to claims going through the portal.

In the ruling, not published but reported by Crown Office Chambers here, it was outlined that liability had been admitted and the parties started to exchange offer through the portal process.

The claimant initially offered £5,750 and the defendant responded with £4,000. The claimant’s representatives then submitted a counter-offer of £550 instead of £5,550, which the defendant promptly accepted and paid via BACS.

Matthew Turner, who acted for the successful defendant in Mahoney, said the case raised two interesting points: firstly that Doman considered it did not matter the defendant knew the claimant had made a mistake, and secondly that the magnitude of the mistake was ‘neither here nor there’. To apply the doctrine of mistake, the judge had ruled, would lead to disproportionate satellite litigation and the cost of rectifying the error would likely exceed the cost of the mistake. 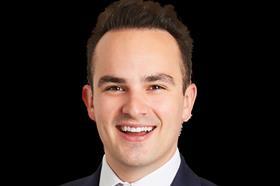 Turner added: ‘This decision provides helpful clarification but should serve as a warning to claimants and defendants alike: be very careful when submitting offers via the portal, because even the greatest mistakes will be permanent.’

Lawyers for the claimant in Mahoney realised the mistake they had made and contacted the opposing solicitors to attempt to withdraw the offer and return the money, including by sending a cheque for the same sum which the defendant refused to accept. The defendant maintained that the matter had been compromised when it accepted the claimant’s offer via the portal.

In court, the claimant issued Part 7 proceedings to effectively restart the claim, which the defendant sought to have struck out. Defence lawyers relied on judgments in similar cases, notably Fitton v Ageas, where the court had found that the doctrine of mistake could not and should not apply to portal claims. In Fitton, His Honour Judge Parker ruled that the claimant, who had mistakenly accepted an offer lower than they wanted, had settled the claim within the meaning of the protocol. The judge said that while this might lead to ‘rough justice’ on occasion, the overall benefits of the system far outweighed the negatives.